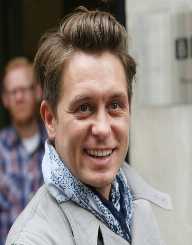 Mark Owen is a famous English Reality Television Star as well as a rock singer. He is typically known for leading Take That band where he released big hits like It Could Be Magic and Pray. He joined the group at 18 years old. Consequently, Mark is a career-oriented man.He comes with great potential that allows him to scale to greater heights. Scroll further to understand more about the exciting life and professional career that Mark shares.

On January 27, 1972, Mark Anthony Patrick Owen was born in England, Lancashire in the United Kingdom. His father was called Keith Owen while his mother was known as Mary Owen. He grew up with his three siblings in a public house where he envied to become avid soccer. He loved to sing at school’s choir as well as local clubs. It was at the age of seventeen that he met Gary Barlow at a local club. It was here that Gary advised him to go for a boy band audition that was held in the nearby town. Even though he had impulsive doubts, he secured his position in the Take That band together with Howard Donald among others.

Mark knew that he would come to fail his band since he wasn’t good with his moves or vocal tones. As the smiley and cute boy in the group, he became the band's favorite. The band released their first hits such as It Only Takes a Minute and Take That & Party. They followed it up with Everything Changes one year later. They later released their last album titled Nobody Else after then they parted ways.

After a short pause, Mark launched his first solo song titled Child and Clementine. He was lucky that both of the songs topped the number three spot in the U.S.He then released his 1996 album, but all broke loose where he received disappointing returns. With all the efforts and dismay, his record company dropped his career in the middle of nowhere. It was unclear for him on what he will do next.

After a few years of puzzle and limbo, Mark emerged again in 2002 in Big Brother Show in the UK. He launched his other single that was named as Four Minute Warning that cemented the top five lists. It was acknowledged by all, that they got together as a band and went on a musical tour. They did this for a decade. In 2013 Mark released his other solo album that he called The Art of Doing Nothing in 2013.

Mark Owen married Emma Ferguson in 2009.The following year it was announced that he had an outside affair, but it wasn’t confirmed. He came to limelight when he stated that he was under the influence of alcohol. Emma and Mark live in London with their two daughters and one son, Elwood Jack Owen. Mark has managed to sell over five hundred thousand copies of his solo albums.