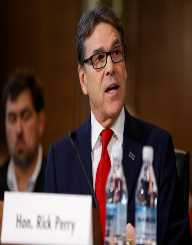 James Richard “Rick” Perry was born on March 4, 1950, in Paint Creek, Texas. His father Joseph Ray Perry was a rancher and served as the Haskell County commissioner for several years. His father introduced Perry to politics. He was an active member of Boy Scouts as a child, and eventually earned the highest rank of Eagle Scout. Perry studied at the Paint Creek High School and graduated in 1968. After high school, he entered Texas A&M University.

During his time in college, Perry became A&M’s five yell leader and was known for his pranks on his classmates. Perry graduated college in 1972, earning a Bachelor’s degree in animal science. He was also the member of Corps of Cadets. During his time in college, he earned admission to the Air Force and completed pilot training. He flew C-130 tactical airlift until 1977. In the Air Force, Perry earned the rank of captain and after retiring, returned to Texas to enter cotton business with his father.

Perry was politically active in his home state, and in 1984 was elected to the Texas House of Representatives. He served three two-year terms in office for the Democratic party. He was a supporter of Al Gore’s Democratic presidential primaries and was the chair of his campaign in Texas. In 1989, Perry switched to the Republican party and the following year challenged the Democratic agriculture commissioner Jim Hightower and won. He served as the agriculture commissioner until becoming the lieutenant governor of Texas in 1998. When governor George W. Bush resigned from his post, to become the president of the United States, Perry took his post. Perry was re-elected to the governor post in 2002, 2006 and 2010.

In 2011, Perry announced that he would run for the U.S. presidency in the 2012 election. During his campaign, he emphasized of creating a smaller federal government, a flat 20 percent tax and bringing energy security for the nation. However, his campaign failed to attract enough voters and was also not performing well in debates. Perry later withdrew from the race.

In 2013, Perry had already become the longest-serving Texas governor in history. He announced that he would not be seeking re-election in 2014, and stated that he would be leaving the office, retiring after the end of his term in 2015. In 2015, he announced that he would run for the 2016 presidential election from the Republican party. However, he dropped out of the race in September, since he was in a low position in the national polls. After dropping out from the race, he endorsed Donald Trump. After Trump was elected as the 45th President of the United States, he made Perry his secretary of energy.

Perry’s critics noted that in his 2011 campaign, he called for the elimination of the Department of Energy. Perry supported the oil and natural gas industries, and the XL Keystone Pipeline. Renewable energy also supports him.

Perry has promoted himself as a conservative. He supported the Texas Constitutional amendment banning same-sex marriage in 2005. He also signed the parental notification and parental consent legislation for pregnant minors seeking an abortion. In 2003, Perry signed the Prenatal Protection Act, which included fetuses in the definition of human life. He is also a strong opponent of embryonic stem cell research.

In 2013, Perry signed a bill restricting abortions in Texas. The bill restricts abortions after 20 weeks of pregnancy. The bill drew national attention, since a month before Senator Wendy Davis spent more than 10 hours attempting to filibuster the bill.

Perry and his families are Methodists and members of the Tarrytown United Methodist Church since the 1990s. He has been married to Anita Thigpen, his high school sweetheart since 1982. The couple has two children, Griffin and Sydney.

Perry appeared in the 2016 Season 23 of Dancing With The Stars. He has also written two books- On My Honor: Why the American Values of the Boy Scouts are Worth Fighting For and Fed Up! Our Fight to Save America from Washington.