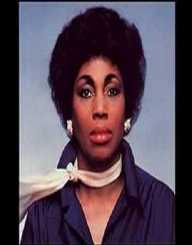 American soprano Leontyne Price was born Mary Violet Leontyne Price on the 10 February 1927 in Laurel, Mississippi. Her parents were Kate Baker and James Anthony Price. Her mother worked as a midwife, and her father was a carpenter.

Price enjoyed singing from a young age and was five years old when she began her music education.

After graduating from Oak Park Vocational High School, Leontyne Price attended the College of Education and Industrial Arts in Ohio. She studied music education and voice, majoring in voice. Her next move was to New York City after she was awarded a full scholarship to the Juilliard School.

Price used to sing in the church choir as a young girl and later at high school and college she continued participating in recitals. When studying at Julliard School, she was tutored in voice by Florence Page Kimball who recognized the quality of her voice and included her in many of the school’s operatic productions. The composer Virgil Thomson say Price perform in a Verdi production.

Price made her Broadway debut in one of Thompson’s productions in April 1952 when she took the role of St Cecilia in Four Satins in Three Acts. This exposure led to a role in Porgy and Bess (George Gershwin). After two years with the production of Porgy and Bess, Price appeared in a television production of Tosca (1955). She appeared in other television opera productions and then in 1957; she made her opera stage debut at the San Francisco Opera House in Dialogues des Carmélites. This role cemented her place an opera singer of note. She then toured Europe and appeared at La Scala in Milan as well as Covent Garden in London. She made her debut at the Metropolitan Opera House in New York City on the 27 January 1961 when she took the role of Leonora in Il Trovatore. This performance was given a 40-minute ovation, a first for the Metropolitan Opera House.

She was one of the first African American opera singers to find success on an international level and became famous for her performances in the operas Aida, Antony, and Cleopatra and Il Trovatore.

The recipient of many awards, Leontyne Price, was presented with the Presidential Medal of Freedom in 1964 and the National Medal of Arts Recipient in 1985. She also won 15 Grammy Awards, appeared on the cover of Time magazine. She was also on the list of Remarkable American Women: 1776-1976 (Life Magazine Bicentennial issue 1976).

After co-starring with William Warfield when they were both in Porgy and Bess, Leontyne Price married him 1952. They divorced in 1972.