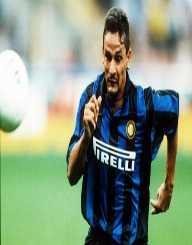 Roberto Baggio made ranks to the main squad and made his first debut in Serie C during 1983. Roberto made is Coppa Italia debut in the same year. By the end of the season in 1985, he was traded to Fiorentina for £1.5 million, a Florence based soccer club. But Roberto Baggio had injured his right knee, shattering the anterior cruciate ligament and the meniscus, two days before his official transfer. The team doctors were worried that the eighteen- year- old Roberto Baggio career was over. But Fiorentina paid for the surgery and committed to the transfer.

Roberto Baggio started his career in 1985 with Fiorentina, starting with his first Serie A and European debut in 1986, quickly became a famous player. Roberto Baggio suffered another knee injury, requiring 220 stitches and missing most of the play. Roberto Baggio played for Fiorentina for five seasons before being traded to Juventus. Juventus paid £8 million for Roberto in 1990. When the transfer was made, a riot broke out in Florence, injuring fifty people. Roberto Baggio played for five seasons with the club. Roberto was called up for his first World Cup tournament in 1990, but he was the substitute player as the coach preferred more experienced players. In Juventus, he was made captain in the 92/ 93 season, winning the UEFA cup in 1993. The next season, Marcello Lippi replaced Giovanni Trapattoni as manager, it was the start of a bad relationship. Roberto was also injured most of the time and was sidelined. Roberto Baggio had his first and only started appearing in the 1994 FIFA World Cup as Italy's captain, where he famously missed the deciding penalty kick that saw Brazil win the Cup.

In 1995, Milan then bought Roberto over with  £6.8 million. Roberto Baggio appeared ten times in two seasons with A.C. Milan, due to his knee injuries and a bad relationship with the coach and manager. Two years later he moved to Bologna FC after the manager of Parma football club rejected his request to transfer. He was made team captain and cut off his signature ponytail. He was also selected for Italy's 1998 World Cup squad, where he became the first Italian to score goals in three World Cups. After the World Cup, Roberto Baggio signed with  Internazionale (Inter), his favorite childhood club.

Roberto Baggio wanted to compete in the Champion's League. His time with Inter was plagued with injuries, poor results, and managerial chances. Roberto Baggio had limited playing time, made worse when his nemesis Marcello Lippi was made coach in 1999.  Eventually, he did not renew his contract after.

In 2000, Roberto Baggio transferred to Serie A newcomers Brescia, after hopping through a few clubs. He was hoping to be chosen for the 2002 FIFA World Cup by staying in Italy. Roberto Baggio was made the captain of the new team, and worse the number 10 jersey. However, his was not chosen for the FIFA World Cup team despite his performance, with the coach deeming him not fit enough, and worried that he would not get along with other players. He retired in 2004.

Roberto Baggio was appointed the president of the Technical Sector for the Italian Football Federation in 2010, but he quit three years later stating that his ideas were ignored. Roberto wanted to improve the system and focus more on youth talent. His autobiography, Una porta del Cielo was published in 2002 in Italian. Roberto Baggio owned Baggio Sport, a sporting goods store between 1991 and 2012. He was forced to close due to losses caused by the economic crisis.

Roberto Baggio studied and gained his Italy Category 2 Coaching License (UEFA A License) during 2011; he could coach Lega Pro teams, or become a vice coach in Serie B to A. The next year he gains his Category 1 UEFA Pro Coaching Licence at Coverciano. Roberto Baggio has not been recruited as a coach.

In 1993 he won his lone European club trophy by winning Juventus the UEFA Cup. Roberto won   European Footballer of the Year and the FIFA World Player of the Year for his performance in 1993, as well as the Platinum Ball. He also won his first Scudetto with Juventus in 1995.

Roberto Baggio became a global ambassador for the Food and Agriculture Organization of the United Nations in 2005. He participated in charity matches, and often help to raise money for hospitals and charities. Roberto Baggio philanthropic efforts were recognized with the 2010 Man of Peace title in Hiroshima, Japan. The title was presented by the World Summit of Nobel Peace Laureates.

Roberto Baggio married his long-time girlfriend Andreina Fabbi in 1989; they have a daughter, Valentina, and two sons, Mattia and Leonardo. Their marriage ceremony is of Roman Catholic tradition.

Roberto Baggio was born a Roman Catholic but converted to Nichiren Buddhism after his injury in 1985. He is a member of the Soka Gakkai International Buddhist organization.