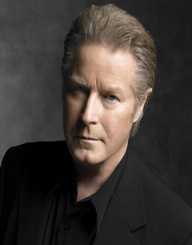 Musician Don Henley was born on the 22 July 1947 in Linden, Texas to Hughlene McWhorter and C.J. Henley. Henley was an only child. According to Henley’s website the small town Henley grew up in has a strong musical history being the hometown of ragtime great Scott Joplin and T-Bone Walker who were both born there. As a boy, he loved listening to music on the radio as it represented the wide world outside of the small town he lived in.

Don Henley was a pupil at Linden-Kildare High School. He was a member of the school band, playing the trombone and later, the drums. After graduating from high school, he enrolled at North Texas State University (1967-1969).

Don Henley formed a band with school friends, and they called themselves The Four Speeds. They changed their name to Felicity, and around this time, Kenny Rogers heard them and helped them with their move to LA in 1971. Around this time Henley met Glenn Frey who was signed to the same label that Shiloh had been signed too. They were both recruited to join Linda Ronstadt’s backup band, and while touring, Henley and Frey decided to form a band of their own. Bernie Leadon and Randy Meisner joined them, and they called themselves the Eagles.

The Eagles first album was released in 1972 and Take It Easy, co-written by Jackson Browne and Glenn Frey was a huge hit. The album also contained Desperado which Henley co-wrote with Frey. Henley was the lead vocalist on Hotel California, Desperado, One of These Nights and many other Eagle hit songs.

The Eagles quickly became one of the most popular, award-winning bands in the world in the 1970s. They broke up in 1980 and went their separate ways. In 1994, they decided to reunite and went on tour. The Long Road Out of Eden was released in 2007, and their tours were often sold out.

Glenn Frey died in January 2016 from complications caused by medication he was on for rheumatoid arthritis. Together with Henley, he had written most of the Eagles mega-hits, and they were sometimes referred to the Lennon and McCartney of country rock.

Henley continued his solo career as a singer-songwriter.

An Eagles tribute album by country artists as released in 1993, Common Threads: The Songs of the Eagles, which as a huge success.

In 1998 the band was inducted into the Rock and Roll Hall of Fame.

In 1982 Don Henley released a duet with Stevie Nicks which was a Top Ten Single, Leather and Lace. He then released I Can’t Stand Still, which was co-written with Danny Kortchmar and co-produced with Greg Ladanyi. Dirty Laundry was a hit, reaching number three Billboard and later earning Gold certification. He also had success with The Boys of Summer which went triple-platinum. The End of Innocence came out in 1989 and was hugely successful.
Actual Miles: Henley’s Greatest Hits was released in 1995. In 2000 he released Inside Job. The single Taking You Home was a hit, and the album was certified platinum. A later release was Cass County; a country-influenced album featuring guest artists such as Mick Jagger, Dolly Parton, and Merle Haggard.

In the 1970s Don Henley had a relationship with Loree Rodkin and the song he wrote at the time about his feelings were used as lyrics in the massive Eagles hit Hotel California. He later dated Stevie Nicks (of Fleetwood Mac fame) for two years. He subsequently was involved with actress Maren Jensen, and they parted ways in 1986. Henley then met and married Sharon Summerall and had three children with her. A few years ago, Shannon was diagnosed with Multiple Sclerosis.

In 1980, Don Henley was charged after a naked young girl of sixteen on overdosed on drugs at his house and paramedics had to be called. He was fined and put on probation for a couple of years.