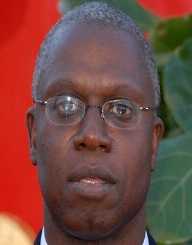 Andre Keith Braugher is a multi-award-winningAmerican actor. Born on July 1, 1962, he is known for his role as Frank Pembleton in the television series Homicide: Life on the Street from 1993 to 1998, which earned him several awards and nominations. Braugher has since appeared in several films and television series including, television film Homicide: The Movie in 2000, as Owen Thoreau in the series Men of a Certain Age from 2009 to 2011 and in Brooklyn Nine-Nine as Raymond Holt. Braugher has played several supporting roles in films like Glory, 1989, City Angels, 1998, Poseidon, 2006, Fantastic Four: Rise of the Silver Surfer, 2007 and in The Gambler, 2014.

Andre Keith Braugher was born on July 1, 1962, in Chicago Illinois to Sally and Floyd Braugher. His father was a heavy equipment operator and his mother a postal worker. He was the youngest of four children by his parents. Braugher received education at St. Ignatius College Prep and continued at the Stanford University. He graduated in 1984 with a B.A. in theatre. After graduating, he enrolled at the Drama Division of Juilliard School where he earned a Master in Fine Arts degree in 1988.

Braugher has played roles in films and television series. Just a year after graduating from school, he made an acting debut playing the role of Thomas Searles in the film Glory, 1989. His next role was in the ABC television film Kojak, 1989 playing as Detective Winston Blake. Braugher had one of his successful and famous roles in the television series Homicide: Life on the Street, 1993 as Detective Frank Pembleton opposite Kyle Secor (as Detective Tim Bayliss).

He would play the role until 1998. For this role, he won the Television Critics Association awards for Individual Achievement in Drama in 1997 and 1998 and won a Primetime Emmy Award for Outstanding Lead Actor in a Drama Series in 1998. After six seasons and 98 episodes on Homicide, he left to pick other roles. He, however,returned for a reunion in the television film Homicide: The Movie in 2000. Braugher received an Obie Award for playing Henry Vat the Shakespeare in the Park Festival at the Delacorte Theatre, Central Park June 18 to July 14, 1996.

Aside from having glories and popularities in television series, Andre Keith Braugher also played several film roles including Glory, 1989, Sticking Distance, 1993, Get on the Bus, 1996 and City Angels in 1998. Braugher also played Cleveland in A Better Way to Die, 2000, in Poseidon, 2006 as Captain Bradford, The Mist, 2007 as Brent Norton and as Perry in Passenger. His other films include The Baytown Outlaws, 2012 and The Gambler in 2014.