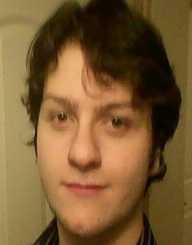 Adam Dahlberg was born on January 17, 1992, in Washington DC, United States of America. He was born into a dysfunctional family, and he ended up being adopted by his current family. His father was an alcoholic while mother was always on the verge of committing suicide by taking lot of painkillers. His sister, on the other hand, was still in and out of rehabilitation. He is twenty-five years old. He is an American YouTube star and a social media sensation. He is also a vlogger. He attended high school in Washington DC. He has more than eleven million subscribers on his YouTube Channel.

Adam Dahlberg first started watching YouTube videos to brighten his day and make him feel better when he was low. He started his career as a Lets’ play type You Tuber for Runescape. He created a YouTube channel called ‘SkyDoesMinecraft’. He mentioned that he adopted the name ‘Sky’ from his sister’s Runescape account. His first ever video was a playthrough of the beta version of Minecraft. In the video, he explained more about the game while demonstrating everything described in the game.

As his Minecraft alias, Adam Dahlberg uses the name ‘SkythekidRS’. He opens most of his videos with the words ‘Hey guys, Sky here with another Minecraft Mod’ and ends them with the words ‘Anyway guys, I’m Sky and see you later recruits’. He has made videos that have become appealing to the young generation. His channel was once number nineteen in the list of most subscribed channels on YouTube. His success did not come easy as it took him almost two years for his channel to get a million subscriber count.

Adam Dahlberg was sent a lot of appreciation clips by his friends on YouTube and on IRL as well. His core purpose of creating the YouTube channel was so that he could make and upload videos that brighten people’s days and make them laugh when they visited YouTube. He wanted his viewers to feel what he felt every time he visited YouTube when he was low. He also loves editing videos that have been posted on YouTube.

Adam Dahlberg has made a name for himself and he is on a verge to take his career to another level. He makes a lot of videos with his fellow You Tubers. He ensures that they make one video per day so as to stay focused on what they want to achieve. In Minecraft, the gold ingots are known as ‘Budder’ because of Adam’s Minecraft videos

Adam Dahlberg appears to make silly videos and humorous comments. He also does that to produce and provide that which is appealing to his viewers. He is a mature and cool guy. He is also very sensitive towards people’s emotions and feelings. He connects with people emotionally as he has gone through emotional challenges himself. In 2016, he posted a video on his channel that was against cyberbullying which caused depression and how depression can be handled.

Adam is careful about what he uploads because his channel is mostly viewed by children and teenagers. He makes sure that his videos are censored to ensure that they are perfect for viewing by children and teenagers. He loves adding creativity and exploring the world of Minecraft. He makes sure that every block on Minecraft is humorous and constructive. He is a voice actor as well as he has featured in the anime series ‘Tokyo ESP’ known as ‘Kyotaro Azuma’.

Adam Dahlberg dated Rachel Dawn until 2013 when they broke up. In 2013, he came out as a bisexual and he is proud of it. Adam is married to Alesa Dahlberg with whom he has one child, Mason Dahlberg. Adam and Alesa created the YouTube Series ‘Love Craft Survival’ where they face challenges that are thrown to them by viewers. Adam has a net worth of $3.5 million.