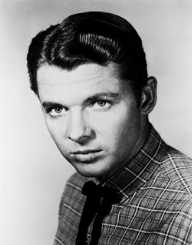 Audie Leon Murphy was born on June 20, 1925. He was an American soldier of the Second World War. He was awarded all the military combat awards for valor from the United States Army. He also received the awards for heroism from France and Belgium. In 1945, he was awarded the Medal of Honour for Valor after he held off a company of German soldiers alone at the Colmar Pocket, France. He died on May 28, 1971, at the age of forty five.

Audie Leon Murphy was born on June 20, 1925, in Kingston in Texas, United States of America. He was born to Emmett Berry Murphy and Josie Bell Killian. He was brought up alongside eleven siblings. He grew up as a lonely and temperamental child. His father deserted the family while he was still young.

Audie later dropped out of school while in fifth grade. He then started picking cotton for a dollar a day to support his family. He also learnt how to fire a rifle and with time hunted game meat to feed his family. In 1941, his mother died of pneumonia. He later worked several menial jobs to provide much-needed finances for his family.

In 1942, Audie Murphy joined the United States Army. He got his basic training at Camp Wolters, and he was later sent to Fort Meade for advanced infantry training. He received the Marksman Badge with Rifle Component Bar and Expert Badge with Bayonet Component Bar while he was still in training.

Audie Murphy participated in many attacks that the United States Army did as against enemy territories. In 1944, he was promoted to the post of staff sergeant. He was later awarded the Combat Infantryman Badge together with his crew. In 1944, he received the Distinguished Service Cross for action during the first wave of the Allied invasion of Southern France.

Murphy and the crew also took part in the offensive at Montelimar, and he was awarded the Presidential Unit Citation since they secured the area from the Germans. He later received the Purple Heart after he received an injury while in combat. He was awarded his first Silver Star after he killed four men and injured three at L’Omet quarry in Cleurie River Valley. He later earned a Bronze Oak Leaf Cluster for his Silver Star after he took up German soldiers even after he was wounded.

Audie Murphy was later promoted to platoon leader after he received a Battlefield Commission to the second lieutenant. He then received other awards for his bravery and commitment to the army such as the Medal of Honour and the Legion of Merit among others. He was later promoted to the position of the first lieutenant. Later on, he was moved to Regimental Headquarters where he became a liaison officer. After he was discharged from the army honourably, he became an actor form 1948 to 1969.

In 1952, Audie Murphy appeared in the film ‘The Duel at Silver Creek’ directed by Don Siegel. In 1953, he got the starring role in the film ‘Column South.’ He later appeared in films and television shows such as ‘Toast of the Town’, ‘Colgate Comedy Hour’, ‘Walk the Proud Land’, ‘World in my Corner’, ‘The Quiet American’, ‘The Guns of Fort Petticoat’ and ‘No Name on the Bullet’ among many others.

In 1949, Audie Murphy married actress Wanda Hendrix, but they divorced in 1951. In 1951, he married his second wife Pamela Opal Lee Archer with whom he had two children, James Shannon, and Michael Terry. He bred horses at the Audie Murphy Ranch in California and the Murphy Ranch in Arizona. On May 28, 1971, Murphy died in a plane crash. He was buried with full military honors at Arlington National Cemetery.