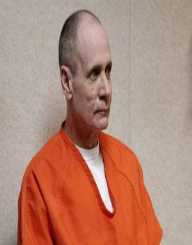 Phillip Garrido was born on April 5th, in 1951. He became famous after abducting young Jaycee Dugard in 1991. At the time, Dugard was only 11 years old.  Garrido held the young girl in captive for about 18 years. During this period, he fathered Jaycee and that they had two children together. Garrido was finally captured in August 2009.

Phillip Garrido was born on April 5th, in 1951. His birthplace was in Pittsburg, California. Garrido went for his high school education after which he graduated in 1969. Troubles began following him during his high school years as he was arrested for substance abuse.

In 1972, Garrido was charged and arrested following claims that he had raped a 14-year-old girl. However, the charges on him were dropped after the victim failed to testify against him. His troubles did not stop here. Later, in 1976, he again kidnapped a 25year old woman to his warehouse where he raped her. During this instance, Garrido was caught. The court found him guilty of several charges including kidnapping and sexual assault. As a result, he was sentenced to 55 years in jail.

After spending 11 years in prison, Garrido was pardoned in 1988 and was a free man again.

After several years of absence from the limelight, Phillip Garrido was back to his old habits as he kidnapped Jaycee Dugard on June 10th, in 1991. He did this with the help of his wife called Nancy. The couple held Dugard in captive for 18 years at the backyard of their residence. Dugard went through a terrifying experience as she was raped many times. She also got pregnant twice when she was abducted. She first got pregnant when she was only 14 years old. At the age of 17, she also gave birth to her second born child with Garrido.

Following suspicions that had been raised over Phillip Garrido, investigations carried out unveiled the fact that he had previously left prison on parole. This paved the way for more serious investigations that later uncovered the truth about Dugard and her two children.

As a result, Garrido was captured and sentenced to 431 years in prison. His wife, Nancy was also convicted for 36 years in jail.