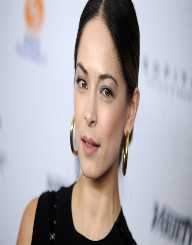 Tiffany Del Real was born on the 29 November 1990. She is of Mexican-American ancestry and lives in San Francisco, California. Her parents separated when she was young, and her mother remarried. When Tiffany Del Real was fifteen, she went to live in Mexico with her father for a few years. When in Mexico, her father’s work meant that she lived in some cities and they led a peripatetic lifestyle.

Initially rose to fame hosting JustKiddingNews, on YouTube, offering commentary on current news and events using comedy with a cultural slant to information their viewers.

Tiffany Del Real is an actress and producer who also takes care of merchandise and PR for the JustKiddingNews enterprise. She has been involved with Access Hollywood and Inside Edition.

Tiffany Del Real got engaged to film director Casey Chan in 2016 and had a son Isaac. Her Instagram account real tiff has 350,000 followers.