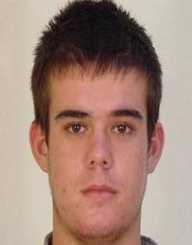 Joran Andreas Petrus van der Sloot was a Dutch national who in 2010 murdered Stephany Flores Ramirez in Line, Peru. Born on August 6, 1987, he is also a key suspect of the disappearance of Natalee Holloway in Aruba in 2005. Van der Sloot murdered Ramirez on May 30, 2010, after which he fled to Chile. He was however arrested and subsequently extradited to Peru, to face questioning about the death.

On 7 June 2010, he admitted committing the crime. Van der Sloot later tried retracting his confessions, with claims that the Peruvian police intimidated him during the questioning, and was being flamed by the FBI. On January 13, 2012, he was sentenced to 28 years imprisonment for the murder of Ramirez.

Joran Van der Sloot had five years earlier been a prime suspect in the disappearance of US teenager Natalee Holloway who was last seen alive on May 30, 2005, in Aruba. Though her disappearance remains unsolved, Van der Sloot was indicted by a US federal grand jury for extortion and wire fraud, as he claimed he knew the burial site of Holloway.

Joran Andreas Petrus van der Sloot was born on August 6, 1987, in Arnhem, the Netherlands to Paulus van der Sloot and Anita van der Sloot-Hugen. His father was a lawyer and his mother an art teacher. The family relocated to Aruba in 1990. He received education at the International School of Aruba, graduating with honours. While there, he participated in sports disciplines like soccer and tennis.

He continued his education at the Han University of Applied Sciences to study business. He later enrolled at Rangsit University but also dropped out to pursue a restaurant business.


The Disappearance of Natalee Holloway

On June 9, 2005, Joran Van der Sloot was arrested alongside the Kalpoe brothers, Deepak and Satish, for the disappearance of 18-year-old Natalee Holloway. She had disappeared since May 30, 2005. She was legally declared dead six years later. The three were being charged with the suspected rape and murder of Natalee. On September 13, they were released pending further investigations, with travel ban placed on Van der Sloot. The travel ban was removed by a higher court.

In April 2007, Van der Sloot and reporter Zvezdana Vukojevic released the book De zaak Natalee Holloway (The Case of Natalee Holloway), which according to him contained the open and truthful about what happened. Some few months after the release of the book, Van der Sloot and the Kalpoe brothers were arrested on November 21, 2007, for what prosecutors described as "suspicion of involvement in voluntary manslaughter and causing serious bodily harm that resulted in the death of Natalee Holloway." On December 7, he was released without any charge.

According to him, he failed to revive her and therefore called a friend named Daury, who helped him load Holloway’s body on a boat and dumped her in the sea. Prosecutors said the tape was admissible but insufficient to incriminate Van der Sloot. Van der Sloot later said he lied to impress Van Der Eem.

According to Beth Holloway’s legal representative, John Q. Kelly, Joran Van der Sloot contacted him on March 29, 2010, making demands of an advance payment of $25,000 against a total of $250,000, to reveal the cause of Holloway death and her burial place. Despite receiving the money, he lied about the location and fled to Bogota, Columbia, despite the FBI having prior knowledge about the transactions.

It was not until May 10, 2010, that the US District Court of Northern Alabama, officially charged Van der Sloot with wire fraud and extortion. US Attorney Joyce White Vance through Interpol sent an arrest warrant to get him prosecuted in the US. The Peruvian government announced on March 9, 2014, that Van der Sloot would be extradited to the US in 2038, after serving his 28 years imprisonment for the murder of Stephany Tatiana Flores Ramírez.

On May 30, 2010, 21-year-old Stephany Tatiana Flores Ramirez died at Hotel TAC, in the Miraflores District of Lima, Peru. A hotel employee found her lifeless body, severely beaten in Room 309 on June 2. The room was registered in the name of Joran Van der Sloot On the scene was a tennis racquet, which was recovered as a possible homicide weapon.

A hotel worker and guest also testified that they saw Van der Sloot and Ramirez entering the hotel room. Van der Sloot had travelled to Peru for the Latin American Poker Tour with the money extorted from Holloway’s family. Flores was a student at the University of Lima and daughter of a former president of the Peruvian Automobile Club, Ricardo Flores.

Joran Van der Sloot was named the sole suspect of the crime. Having fled to Chile, Interpol issued an international warrant for his arrest. The Investigations Police of Chile arrested him on June 3, 2010. During questioning by the Chilean police, he said unidentified armed robbers who were hiding in the hotel room killed Flores for disobeying their orders to keep quiet. On June 4, he was handed to Peruvian authorities and the following day sent to Lima police headquarters.

He confessed killing Flores on June 7, 2010, after interrogations. He later tried retracting his confession. He pleaded to the "qualified murder" and simple robbery of Flores on January 11, 2012. On January 13, he was sentenced to 28 years imprisonment and a fine of $75,000 to be paid to Flores family. He is at the Challapalca prison, in South of Peru.

Joran Van der Sloot married Leydi Figueroa, on July 4, 2014. The two met when Figueroa was selling goods in the prison. Figueroa was seven months pregnant during the marriage. She gave birth on September 28, 2014.