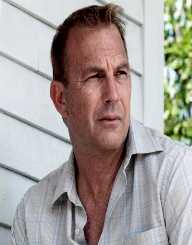 Reflections on Life and Legacy of Kevin Costner

Kevin Costner, regarded as one of the most critically acclaimed and visionary storytellers, was born on January 18, 1955, in Lynwood, California. Costner’s father, William Costner worked at a power company as an electrician while his mother Sharon Rae was a welfare worker. Due to the nature of his father’s job, Kevin Costner grew up in different neighbourhoods of California. He moved from Ventura to Visalia attending the Mt. Whitney High School and finally graduated from Villa Park High School in Orange County.

Kevin didn’t have much interest in academics. He actively participated in sports, wrote poetry and took piano lessons. Raised a Baptist, he also sang in the First Baptist Choir. Kevin was the youngest of the three kids with two brothers – Daniel Craig Costner and Mark Douglas Costner.

In 1978, Kevin Costner enrolled himself at California State University, Fullerton and earned a BA in marketing and finance. During this time, Kevin developed an interest in acting and got involved in community theater. He was also a member of the Delta Chi fraternity.

After graduating in 1978, Kevin Costner took up a marketing job on the insistence of his wife at that time, Cindy Silva. His job lasted for just 30 days. Cindy was unaware of her husband’s desires of becoming an actor. While returning from his honeymoon, Costner had a chance encounter with Richard Burton. This brief meeting fueled his dreams of becoming an actor and he, with the support of his wife, started taking acting lessons five nights a week. He took up jobs that would help him polish his acting skills. He was a carpenter, took tuition classes, worked on fishing boats, drove a truck and gave tours of stars in Hollywood homes’.

Costner’s debut film, ‘Sizzle Beach USA’ (1974) vanished into thin air. Post the inauspicious debut, Costner decided to take a more serious approach towards acting. The next opportunity Kevin got at acting was the role of Alex, a suicide victim in the 1983 movie ‘The Big Chill.’ The film ended up as a huge disappointment as all of Kevin’s scenes were chopped off and all that was seen of him were his hair and slashed wrists in the movies’ opening scenes. The film’s director Lawrence Kasdan was Kevin’s friend.

Two years later, in 1985, Kasdan chose Costner to play the power-packed role of a hell-raising gunfighter in the movie ‘Silverado.’ This was a breakout role for Costner and brought him into the limelight. His role in a smaller film ‘Fandango’ also earned him good repute. He also starred in ‘American Flyers’ and appeared alongside Kiefer Sutherland in ‘Steven Spielberg’s: Amazing Stories’ which was an hour-long special episode.

Kevin Costner’s acting career took flight with the 1987 film ‘The Untouchables’ where he portrayed the character of Eliot Ness, a federal agent. In the same year again, Costner gained a foothold by playing the lead role in the thriller ‘No Way Out.’ Next came baseball-themed films ‘Bull Durham’ (1988) and ‘Field of Dreams’ (1989) which did well both commercially and critically. Kevin Costner was now a famous leading man and an established box office star.

Riding high on his acting success, Kevin Costner decided to try his hand out at directing and producing. He made his directorial debut with the film ‘Dances with Wolves’, a movie based on a novel written by his friend Michael Blake. The film’s plot revolved around the story of a Civil War Soldier and his friendship with a tribe of Sioux Indians. Produced with a small budget of 18 million dollars, the film showcases the American Indian-white relationships in a new light.

Kevin’s directorial debut surpassed his expectations and was incredibly well-received. The epic film which had Kevin Costner as the director, producer and also the actor, gained rave reviews from both critics and audiences. It was one of the biggest moneymaking films of the 90’s and recorded a mass collection of over 424 million U.S. dollars worldwide. The film also bagged a slew of awards; was nominated for 12 academy awards and notably won 7 of them.

Kevin Costner's next projects were ‘Robin Hood: Prince of Thieves’(1991), an action adventure tale; ‘JFK’ (1991), a film directed by Oliver Stone, ‘The Bodyguard’ (1992), a romantic drama where he was paired opposite Whitney Houston and Clint Eastwood’s ‘A Perfect World’ (1993). All the films enjoyed box office success or critical acclaim.

In 1994, Costner did another film by Kasdan where he played the title role in the biopic ‘Wyatt Earp’. The film received mixed reviews and did average business. ‘The War’ which also came in 1994 failed to gain much audience attention. In an attempt to redo the magic of his first directorial debut ‘Dances with Wolves,’ Costner spent a whopping amount of 175 million dollars on a futuristic science-fiction film titled ‘Waterworld.’ Though the post-apocalyptic film earned well in its opening weekend, it soon lost steam and was considered as a major disappointment both by critics and by movie-goers.

Kevin Costner bounced back in 1996 with the Ron Shelton’s romantic comedy movie ‘Tin Cup’ where he enacted the role of a golfer. However, his success was short-lived. 1997-2000 were the gloomiest periods in the career of Costner as a majority of his films failed to live up to the expectations. Undaunted, Costner took a risk with another directorial effort for the film ‘The Postman.’

Costner was all set to play the lead role of the President in ‘Air Force One,’ but later concluded to hand over the project to Harrison Ford as he wanted to concentrate solely on ‘The Postman.’ On the same lines as Waterworld, The Postman was dubbed as a ‘misfire’ and got infamous as the Worst Film of the Year. The film was regarded as an artistic failure and won 5 Golden Raspberry Awards, including Worst Actor, Worst Picture, and Worst Director.

Having had a bad run at the box office, Kevin Costner was now at an all-time low. It didn’t do him any good when he got involved in a very public dispute with Universal Studios over edits made to his upcoming baseball-themed film, ‘For Love of the Game’ (2002). The downfall of Costner was broken by the 1999 film ‘Message in a Bottle’, which was an adaptation of a novel with the same name authored by Nicholas Sparks. In 2000, Costner silenced all his critics with his impressive portrayal of Kenneth O’Donnell, a top advisor to John F. Kennedy in the film ‘Thirteen Days’. The film did good business with its thoughtful reflection of the 1962 Cuban Missile Crisis.

As a final shot at reviving his career, Kevin Costner poured his heart out in making another western flick titled ‘Open Range’ (2003). His efforts paid off, and the film was able to make a mark at the box office. Costner continued to appear in several other movies like ‘The Upside of Anger’ (2005), ‘Rumor Has It’ (2005), ‘The Guardian’ (2006), ‘Swing Vote’ (2008), ‘Man of Steel’ (2014), and many more. He was last seen in the Golden Globe-nominated movie ‘Hidden Figures’ and his latest work ‘Molly’s Game’ is in the post-production stage.

In the 1991 Academy Awards, Kevin Costner received the highest laurels of Best Director and Best Picture for his film ‘Dances with Wolves’.

In 2012, Kevin Costner acted the part of the head of Hatfield Family in a three-part miniseries ‘Hatfields and McCoys.’ Premiered on The History Channel, the series garnered record-breaking viewership of 13.9 million viewers and earned him an Emmy Award for Outstanding Lead Actor in a Miniseries or a Movie. He was also awarded Golden Globe for Best Actor – Miniseries or Television Film.

While in college, Kevin Costner started dating fellow student Cindy Silva and tied the nuptial knot with her in 1978. In the wake of constant work, their marriage disintegrated in 1994, after 16 years of marital bliss. Kevin and Cindy have three children: Anne Clayton, Lily McCall and Joseph Tedrick.

Sometime later, Costner was spotted dating Bridget Rooney. The brief relationship resulted in the birth of his son, Liam. Eventually, Kevin Costner fell in love with German-American Model Christine Baumgartner and married her on September 25, 2004, in Aspen, Colorado. The couple is blessed with two sons named Cayden Wyatt and Hayes Logan and a daughter named Grace Avery.

Kevin Costner is a singer and the founder of a country rock band, Kevin Costner and Modern West. Till date, the band has released two albums - ‘Untold Truths’ (2008) and ‘Turn It On’ (2010) and has performed in various concerts worldwide.

Costner also has several business ventures under his belt and is a philanthropist. He serves on an honorary board for The National World War I Museum in Kansas City. He also has had political inclinations and was a staunch supporter of former US President Ronald Reagan. Though Costner has supported many politicians in the past, he maintains that he has no political ambitions.