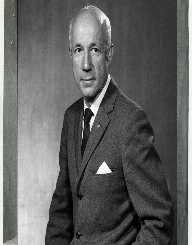 Joseph Leonard Goldstein was born 18th April 1940, to Isadore and Fannie Goldstein. He was born in South Carolina, United States, in a town called Kingstree. His parents owned a clothing store, and Goldstein was their only son.

Joseph L. Goldstein attended Washington and Lee University, from where he graduated in 1962 with his Bachelor of Science. He then went on to Southwestern Medical School at Texas University and was awarded his medical degree in 1966. The Chairman of the Department of Internal Medicine offered Joseph L. Goldstein a future faculty position if he would become trained in genetics.

After graduation, Joseph L. Goldstein took a position as an Intern and Resident in Medicine at Massachusetts General Hospital. During this period he met Michael S. Brown.

After his residency had been completed, Joseph L. Goldstein moved to Maryland, where he worked in biochemical genetics at the National Institute of Health (NIH).

In 1972, with the experience required in genetics, Joseph L. Goldstein returned to the Southwestern Medical Center and accepted the appointment of Head of the Division of Medical Genetics.

Brown was also at the Center, and the two worked together extensively. Between 1973 and 1985, they jointly published over 100 medical papers. Although both were touted for scientific administration positions, both preferred the practical research they were doing.

During this period, Joseph L. Goldstein was appointed an Associate Professor of Internal Medicine in 1974, and Professor in 1976. In 1977, he became Chairman of the Department of Molecular Genetics at the University of Texas, Health Science Center, and Paul J. Thomas Professor of Medicine and Genetics.

In 1985, Joseph L. Goldstein was appointed as Regental Professor of the University of Texas.

Joseph L. Goldstein and Brown began working on the study of cholesterol present in the human bloodstream. As part of their research, they discovered lipoproteins (LDL). Continuing, since 1993, Joseph L. Goldstein, Brown, and their research colleagues have done extensive work on Sterol Regulatory Element Binding Proteins (SREBPs). They have been able to describe the process of how these proteins go the nucleus of the cells and how the genes act on the cholesterol and fatty acids.

Needless to say, Joseph L. Goldstein has published many papers and essays.

Joseph L. Goldstein has received many awards and honors, some of which include:

1985:   Nobel Prize in Physiology or Medicine

Joseph Leonard Goldstein serves as a Member of the Board of Trustees of The Howard Hughes Medical Institute. He is also a Life Trustee of The Rockefeller University.

He serves on various other boards, including the Board of Scientific Counselors of the Broad Institute, of which he is Chairman, and the Board of Directors of Regeneron Pharmaceuticals.