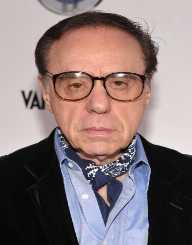 Peter Bogdanovich is an American film scriptwriter, actor and film director, better known for his love for the old style American movies.

Peter Bogdanovich was born on July 30, 1939, to a family of European immigrants in New York. His parents Borislav and Herma Bogdanovich fled to the US from Yugoslavia. They were escaping the ethnic cleansing by the advancing Nazi Germans. Her mother arrived in the US two months shy of his birth.

He went to Collegiate School in New York graduating in 1957. He enrolled to study acting and film directing at the Stella Adler Conservatory. Bogdanovich had the advantage of being trilingual. He spoke English, his father’s Serbian, and his mother’s German.

Bogdanovich started acting in his teen years. He became a regular cast with the New York Shakespeare Festival, before moving to the Broadway Theater. He debuted into the world of directing at the age of 20 in 1959. He directed the production The Big Knife. As an avid movie lover, Bogdanovich made a critic journal of all the films he graced. He critic the movies and suggested improvements by the directors. He later published his critic journals of over eight American film directors. His publication was well received by the industry.

Bogdanovich started his professional career in 1965. He worked as the assistant to director Roger Corman. In 1966 they produced the film The Wild Angels, followed a television documentary in 1967 centered on Hawks. In 1968 he did the production Voyage to the Planet of Prehistoric Women.

He broke ranks with Corman in 1968. Bogdanovich then directed his first solo feature film titled Targets in the same year. The film made little commercial forays in the industry. He bounced back with the film The Last Picture Show, a production done in 1971. The film set in the background of a Texas town received much positive attention from the critics. He got an Academy Award nomination at the age of 32 for his role as a film director. He also directed the documentary Directed by John Ford. He centered the documentary on the life of movie director John Ford.

In 1972 he produced another classic movie What’s Up, Doc? He got acclaimed for the production from the commercial quarters. Some critics compared his movie with another similar movie Bringing Up Baby done in 1938. Bogdanovich cemented his stature with yet another classic in 1973. He directed the film, Paper Moon. He set the cast mirroring the early 1930s in the American Depression. He directed other films like Daisy Miller done in 1974, and the 1979 film Saint Jack.

In the 1980s he started off with the comedy They All Laughed. Bogdanovich filmed the entire production of the 1981 film on location in New York. In 1985 he did another highly acclaimed production titled Mask. He tells the story of a mother trying to help her son gain courage after a rare deforming disease strikes him. At the turn of the 1990s, Bogdanovich paired up with Steven Spielberg. He directed Noises Off, a film produced in 1992. He assembled a high powered acting crew in the cast. On its release, Bogdanovich got a positive proclamation for his work. He got a reprieve from the commercially unsuccessful film Texasville, a production he did in 1990.

In 2001 Bogdanovich did another classic film based on a 1924 murder saga. The film Sat’s Meow revolves around the mysterious saga of William Hearst found dead on his yacht. In this film, Bogdanovich managed to propel all his lead and supporting actors into the industry limelight for their performances. After a lull for two years, Bogdanovich came back in 2004 with The Mystery of Natalie Wood. He seconded this film with Hustle, a production he did in the later part of the year. He did a revision of his 1971 film documentary Directed by John Ford. Bogdanovich broadened the cast to include other interviews with Steven Spielberg and Clint Eastwood. He released the revised edition in 2006.

In recent years, he has appeared in numerous television shows as a guest actor. He continues to direct films as well as teach scriptwriting and film directing in various colleges. In 2014 he did the film She’s Funny That Way. This became his most recent production.

Bogdanovich married his first wife Polly Platt in June 1962. After fathering two children in the marriage lasting a decade, the couple divorced in 1972. He remarried in December 1988 to Louise Stratten. He divorced his wife in 2001.

Despite his early resentments, the public now enjoys his American classic films.