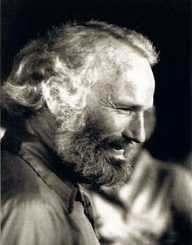 Barry Bishop was an American photographer, mountaineer, writer, scholar and polar scientist. Bishop spent a huge part of his career with the national geographic society. He is known to have been extremely adventurous from his early days. Joining a mountaineering club at a tender age, he quickly gained mountaineering skills and was part of expeditions in the Tetons and Rockies when he was only 12. He had deep love for mountains that led him to study geology in college and a masters degree in geography. Bishop came to light mostly in the year 1963 when he was part of the first American team to climb up to the summit of Mount Everest.

Barry Chapman Bishop was born on 13th January 1932 in Cincinnati, Ohio. His parents were Robert Wilson Bishop and Helen Rebecca Bishop. His father worked as a sociologist and then the dean at the University of Cincinnati. Bishop had a passion for climbing from his early days. He could spend a lot of time during the summers with YMCA and joined a mountaineering club in Colorado when he was about nine. There, he was tutored by experienced club members and quickly gained the mountaineering skills.

He went to school in Cincinnati, in a private school during his early days and later a private college preparatory school when he was at 8th grade. He then enrolled to Dartmouth for his undergraduate studies. At the time, he had an acute lung infection that led him to move to the University of Cincinnati. He later graduated with a degree in Bachelor of Science in Geology in the year 1954. During his undergraduate research, Bishop carried out his field work in the Mt McKinley area. At this time, he also took part in Bradford’s Washburn’s mission, who reached the summit. Due to this, they became the fourth team to ascent the mountain the first to ascent it through the west buttress route.

Bishop later pursued his studies further at Northwestern University and graduated with masters in geography. More so, he pursed further knowledge where learnt about shear moraines that were located on the Greenland icecap. During his time there, he interacted with the famed polar explorer named Pear admiral Richard E. Byrd. Byrd later became beneficial in Bishop’s future career.

Bishop admired and looked up to Byrd, and wanted to work under him. In 1955, he joined the air force and soon after that, he began working as a scientific advisor to Byrd’s staff. Their offices were located at Antarctic projects in Washington D.C. While he was there, part of his work was to monitor international scientific programs, especially in polar research. More so, he worked as the official observer for the United States during the Argentine Antarctic expedition that occurred in late 1956-1957. In 1958, Bishop was honorably discharged from the air force, at the age of 27. He had gained a lot of skills as a polar scientist, mountaineer, and photographer at this time.

Soon, his considerable skill and talent as a photographer enabled him to secure a job with the National Geographic Society and was employed as a picture editor. In the following years, he quickly gained ranks and became a photographer for the magazine in the year 1960. At this time, Bishop’s work on shear moraines came to the attention of prominent mountaineer, Sir Edmund Hillary. He then invited Bishop to be part of the Himalayan mountaineering and scientific Expedition in 1960-1961. Here, he worked as a glaciologist and climatologist for the expedition. The expedition led to a landmark ascent of Ama Dablam and was the first ever. Bishop’s contribution proved vital and he came up with a couple of breathtaking photographs. This earned him a lot of credit and praise and enhanced his place with the national geographic society.

Due to the huge reputation he had gained as a mountaineer, he was invited to be part of the 1963 American Everest expedition. This was the first of its kind by the American mountaineers. On May 22, 1963, Barry bishop alongside his teammates i.e. Lute Jerstad and Jim Whittaker successfully scaled the summit of the mountain, becoming the first American team to achieve that. However, this came at a huge cost since bishop lost all his toes and a little finger due to severe frostbite.

This loss forced him to stop his technical climbing career. As a result, Bishop decided to pursue his education further and joined University of Chicago for his Ph.D. He pursued a Ph.D. in geography and his dissertation involved cultural-ecological analysis of a region in west Nepal named Karnali zone. It was later published in 1980. He worked with the national geographic for the rest of the 1980 and early 1990s. He rose to the rank of vice-chairman and later chairman for research and exploration committee, in 1984 and 1989 respectively. Bishop also continued to write for the National Geographic and headed the Himalayan expeditions and research in 1983 and 1985.

He was posthumously honored by the national geographic after his death with a Distinguished Geography educator award.

Bishop and his team received the Hubbard Medal by President John. F. Kennedy as a result of the Mount Everest expedition.

Bishop passed on as a result of an automobile accident that occurred on 24th September 1994.