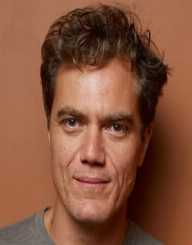 Michael Shannon is a coveted and award-winning American actor and musician. Born on August 7, 1974, he is a versatile actor who easily adopts roles and performs in both drama and comedy films. Michael Shannon made a film debut with a role in Groundhog Day, 1993.

He, however, gained prominence with the film 8 Mile in 2002. His has appeared in several television and films including Pearl Harbour, 2001 Before the Devil Knows You’re Dead, 2007, Revolutionary Road, 2008 for which he received a nomination for the Academy Award for Best Supporting Actor; he would receive another nomination for Nocturnal Animals, 2016. Michael Shannon appeared in The Iceman, 2012, Man of Steel, 2013, and 99 Homes in 2014. The latter earned him nominations at the Screen Actors Guild Award and a Golden Globe Award.

Michael Shannon was born on August 7, 1974, in Lexington, Kentucky to Donald Sutherlin Shannon and Geraldine Hine. His father was an accounting professor at DePaul University and his mother a lawyer. His grandfather is entomologist Raymond Corbett Shannon. His parent divorced but was raised by both of them in Lexington, Kentucky and Chicago, Illinois.

Michael Shannon appeared in the music video for the song House of Pain by the indie band, Every Mother’s Nightmare. Michael Shannon then moved to Chicago, where he became a stage actor and helped to found A Red Orchid Theatre. As a stage actor, he worked with acting companies including Steppenwolf Theatre Company and Northlight Theatre among others.

In 1996, he played the role of Peter Evans in Bug. He had already played in Griffin Theatre Company’s Loving Little Egypt, 1991 as Hemphill and followed it with the role of Denny in Fun and Nobody by the Next Theatre Company. He featured in the off-Broadway production of The Little Flower of East Orange in 2008.

Michael Shannon starred in the one-man play Mistakes Were Made at the Barrow Street Theatre, New York in November 2010. The performances run through February 2012. Shannon then appeared in the Broadway production of Grace alongside Ed Asner and Paul Rudd.

Michael Shannon’s film debut was a minor in Groundhog Day in 1993. This was followed by Chain Reaction, 1996, Chicago Cab 1997 and Jesus’ Son in 1999. Michael Shannon played several other small roles until he landed a major role as Larry Oster-Berg in Grand Theft Parson. His next role was in Let’s Go to Prison, 2006 as Lynard, the leader of a white supremacist group.

Michael Shannon played Doc Cross Williams in the film adaptation of Jonah Hex in 2010. That same year he appeared in HBO television show Boardwalk Empire as Federal Prohibition agent Nelson Van Alden. His next award was Saturn Award for Best Actor for his role in Take Shelter, 2011. The following year, he appeared in Premium Rush. Shannon has since featured in several films including Man of Steel, 2013, Freehold, 2015, 99 Homes, 2015, and The Shape of Water.

Aside from acting Michael Shannon is also a musician. Along with Rob Beitzel and Ray Rizzon, he formed the indie rock band, Corporal in 2002. He is a singer and songwriter for the band. Corporal released its eponymous debut album in 2010. It was followed with the release of two downloadable MP3 tracks. They released the first track Glory in 2011 followed with Obama in June 2012.

Michael Shannon is in a relationship with actress Kate Arrington. The couple has two daughters, Sylvia and Marion.