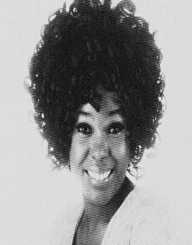 Micki Harris was born on 22nd January 1940, in Passaic, New Jersey, in the United States. Micki Harris studied at Passaic High School, and she became best friends with Shirley Alston Reeves, Beverly Lee, and Doris Jackson. It soon became evident they could all sing and harmonized well together, so they formed a group called, The Poquellos.

“Poquellos” is the Spanish word for “little birds.” The girls not only had the talent for singing but also to write. After performing their first song at their high school’s talent show, a fellow student organized for them to audition for her mother, Florence Greenberg.

Greenberg loved their sound and immediately signed them to her management. She then changed their name to The Shirelles.

Greenberg owned a record label called Tiara Records. She released the first song written by the girls, which was, I Met Him on a Sunday. The release was licensed through Decca Records in 1958. Two follow-up singles were released but unfortunately didn’t meet with success.

Micki Harris and her friends then moved to Scepter Records. They released some further singles without much success, but in 1960 they released Will You Love Me Tomorrow. The song went on to become one of the best-known songs of all time. It went straight to number one in the charts, and The Shirelles were the first all-female group to hit the top spot on the charts.

Two of the earlier singles that had only had mediocre success was quickly re-released, and they met with great success the second time around. Shirellesleft Scepter Records in 1966. The girls had seven songs become top 20 hits while they were at Scepter, and after leaving the label were unable to sustain their previous success.

Throughout the ensuing years, different members came and went, mostly due to family commitments. Harris, however, was the glue that held them all together and remained the whole time. In the 1970s the group continued to tour, singing their older, more popular songs. Sadly, Micki Harris had a heart attack on stage in 1982, and couldn’t be revived. The Shirelles released 11 albums, seven compilation albums, and over 50 singles.

Among their awards and honors are the following:

1994:   The Pioneer Award by the Rhythm and Blues Foundation