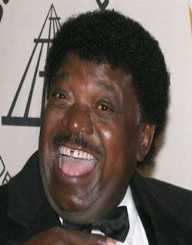 Percy Sledge was an R&B singer. He is best known as the voice from the songs “When a Man Loves a Woman” and “Ain’t No Sunshine.”

Percy Sledge was born on November 25, 1941, in Leighton, Alabama. He had one brother and one sister. As a child, he worked in the cotton fields of Alabama and would imagine singing and becoming famous. He would also sing at the local Baptist church.

After working in the cotton fields, Percy Sledge worked as an orderly at Colbert County Hospital. On the weekends, he performed with the Esquires Combo. His work at the hospital helped his career because he was able to meet with music producer Quin Ivy through a former patient.

His first single, “When a Man Loves a Woman,” was released in 1966. The emotional song sold a million copies. Sledge wrote the song but gave credit to those who helped develop it. It was later featured in films such as Platoon in 1987, and it was covered by Michael Bolton in 1991.

Even though Percy Sledge never received royalties for this famous song, he was not bitter for that bad decision.

In the 1970s after he was not on the music charts for a while, he came back with songs such as “Ain’t No Sunshine” and “I’ll Be Your Everything.”  In 1995, Sledge came back again with his well-received album Blue Night which earned him a Grammy nomination.

Percy Sledge married Rosa in 1980. He was also married before Rosa. In total, Sledge had 12 children.

Sledge died on April 14, 2015, in Baton Rouge, Louisiana at the age of 74. He was diagnosed with liver cancer before his death.

Percy Sledge's 1966 song “When a Man Loves a Woman” was the first certified gold album released by Atlantic Records. In 1989, Sledge was one of the first recipients of the Rhythm & Blues Foundation. In 1996, he was nominated for a Grammy for his album Blue Night. Sledge was inducted into the Rock and Roll Hall of Fame in 2005.