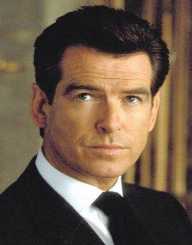 The legendary Pierce Brosnan was christened Pierce Brendan Brosnan at birth on the 16th day of May 1953. He was born to the pair of Thomas and May Brosnan in Drogheda in the Louth County of Republic of Ireland. Pierce early years of life were at County Meath in Navan before he moved to England.

Pierce Brosnan was left in the care of his grandparents by his mother when she went for nursing training in England. But after they passed away, he was taken in by his uncle and aunt. Pierce was however placed in a boarding house as they were just starting a family of their own. He was groomed a Catholic and was exposed to live as a church altar boy.

His father, Thomas left the family at Pierce’s early age, and the pair never had a close relationship although they had a reunion as the years rolled by.

Pierce Brosnan moved in back with his mother after she has remarried and at this time, Pierce was already aged 11 years. The new stepfather took Pierce to the city of London and enrolled him in Elliot School. His stepfather was named William Carmichael.

Pierce Brosnan proceeded to St Martin’s Art School after graduation from high school, and he majored in commercial illustration. He reminisced that it was his colleague from the photographic department called Allen Porter that first invited him to the Oval House, where the theatre was located. This was his invitation to have a taste of the experimental theater that was budding at the time.

Pierce speaks of his first time on stage and describes it as the feature at the Suffolk Cathedral, and he was 18 years old at the time. The highlight was a stage play titled “The Little Prince,” and he played the lead role as the little prince.

This was to him, an experimental production on stage. Taken in by the entrails of the London Drama Center, he made up his mind to make a living as an actor. He graduated from the Drama Center in the year 1975.

Pierce Brosnan was able to secure a job in 1975 as the Assistant Stage Manager in an acting capacity at the York Theatre Royal. This was a pivot to his future stage and screen roles as he got picked by the legendary playwright, and writer, Tennessee Williams when auditioning for “The Red Devil Battery Sign.” He played the role of McCabe in this feature and was highly reviewed and applauded for his performance.

His major debut in films was kicked off by the movie, Murphy’s Stroke in 1979 and he played the character of as Edward O'Grady. In the decade to 1980, he took turns on a couple of films and TV series.

Pierce Brosnan carries a dazzling persona wherever he goes, and this sophistication is one that gets him full admiration. This charm aided his career rise when he moved to the U.S and got cast for a role in 1992 for the TV series, Remington Steele. The series ran for complete five seasons and halted in 1987. This helped to place Pierce under the Hollywood film radar

In 1987, he was cast alongside another screen legend, Michael Caine in the spy film based on the Cold War era titled The Fourth Protocol. The plot was based on the agreement to halt nuclear proliferation during the East-West Era.

Pierce Brosnan put an Emmy Award performance as Phileas Fogg for the flick, Around the World in 80 Days. This was a three-part TV miniseries that got massive acclaim from TV audience.

Pierce took a supporting role in the year 1993 when he was cast in Mrs. Doubtfire. This was a comedy film that eventually hit the record numbers in sales.

As Pierce’s fame rose in Hollywood, the film moguls began to see him in the more substantial light. He was a good dresser, and since he was one that would make the cover of GQ, years down the line, he was not to be overlooked. He was given a log-in to play James Bond.

Pierce Brosnan's first casting in this role was for “The Golden Eye” in 1994. Many film buffs saw this as stellar and a better deal than the acts of Timothy Dalton, who was the last actor to play James Bond before him. While the initial contract was signed, he was asked to play in three more features for the franchise.

The next on the line-up was to come in 1997, and this was for “Tomorrow Never Dies,” and it was based on a plot that would ward-off a scripted WW3. In the year 1999, he was on set for the third installment, and this was titled “The World Is Not Enough.”

The last installment of Pierce Brosnan in the James Bond franchise came in 2002, and it was the well-received “Die Another Day.” This became the best performing Bond movie made regarding box office sales as at 2002.

Pierce Brosnan already attained a legendary status when the James Bond contract ended for him, and his acclaim was at an all-time high.

He played the lead role in “The Matador,” which was a dark comedy in 2005. The film was replete with themes that could be considered somewhat unique. Pierce was on point here, and he racked up rave reviews once more.

Pierce Brosnan teamed up with another industry legend, Roman Polanski in 2010 and following Robert’s direction, he was cast as Adam Lang. The title of the film was The Ghost Writer. The feature was one that also raked up film industry awards.

Pierce Brosnan's other later roles were on the set of Bag of Bones in the year 2011 and 2012, for Love Is All You Need. He has made a few more films since then.

Pierce Brosnan in 1999 also earned the award as Freeman of Navan in the County Meath of Ireland, where he was raised.

Pierce was granted American Citizenship in the year 2004 at the LA District Court House. This made him a citizen of Ireland and America respectively. He has the Irish citizenship by birth, and the American one came by conferment.

Pierce Brosnan sees himself as a survivor and describes in nascent terms that he can dream big and well. Concerning hard work, Pierce was already given to it as he grew up but makes mention of his faith as a bulwark.

Pierce Brosnan says his belief in God kept in check and grounded to live circumspectly.

Apart from Pierce Brosnan's four installment feature in the James Bond franchise, little is known about the fact that he also paints as a means to support charitable endeavors. Pierce Brosnan was awarded the Saturn Award for his James Bond role in 1997 for “Tomorrow Never Dies.”

By the year 2000, Pierce Brosnan received the Empire Award for playing James Bond in the flick, “The World is not Enough.”

The Sustainable Style Foundation named Pierce “The Best dressed environmentalist” in the year 2004.

In the year 2007, Pierce Brosnan donated the sum of $100,000 to pay for the replacement of a playground in the Hawaii district of Kauai.

He became an ambassador of UNICEF to Ireland in 2001.

Pierce Brosnan got married in 1980 to fellow actress, Cassandra Harris and the union produced a son. Cassandra died in 1991 after a bout with cancer.

Pierce remarried in 2001 by wedding Keely Shaye Smith. The couple has two children and makes their home in Malibu, California.