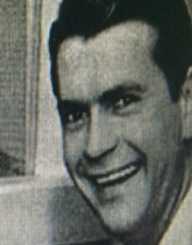 Sam Phillips, born Samuel Cornelius Phillips, was born on January 5, 1923, as the youngest of eight children. Phillips’ parents, Madge Ella Phillips (nee Lovelace) and Charles Tucker Phillips were poor tenant farmers. Phillips and his seven siblings grew up working on the farm alongside African-American laborers, something which Phillips would later say was a great inspiration for his career. Hearing the songs of the laborers left a big impression on Phillips, and this led to his interest in music.

Sam Phillips attended Coffee High School (now Florence High School) in Florence, Alabama. Though he had strong ambitions to continue his education to become a defense attorney, Phillips was forced to drop out of high school when his father died in 1941. Having already been bankrupted by the Great Depression, Phillips’ father did not leave any money for his family at the time of his death, so Phillips was forced to work to aid in his family’s care. Phillips worked many different jobs at this time, eventually ending up at WLAY radio station in Sheffield, Alabama.

Sam Phillips would later attribute his work (and subsequent fame) as a Memphis DJ to his work at WLAY. The station’s “open format” (meaning the station did not discriminate against African-American musicians and allowed all music an equal chance to air) allowed him to get the most out of his early work as a DJ and sound engineer.

In 1945, after several years at WLAY, Phillips took a job at WREC in Memphis as an announcer and sound engineer.

During his time at WLAY, Phillips met Rebecca “Becky” Burns, a high school student who hosted WLAY’s “The Kitchen Sisters,” a show in which the Burns and her sister sang and played instruments on air. The pair fell in love and courted until they decided to get married one year later. The couple was married for 60 years when Phillips died in 2003, having had two children together. Burns was a widow for nine years before she died in 2013.

In 1951, Phillips recorded what some consider to be the first ever rock and roll record. The single, “Rocket 88,” was recorded by band Jackie Brenston and His Delta Cats. Lead singer of the band, Ike Turner, wrote the song, which was released in 1951 by Chess Records in Chicago.

In 1952, Sam Phillips launched his record label, Sun Records, out of the studio used by the Memphis Recording Service. Phillips made a point to explore different kinds of music recordings during his time at Sun Records. He was especially interested in blues music, as he believed it brought people of all races together to think about both how good and bad life can be. He also felt that the performances of the blues helped to relieve the burdens of life.

Phillips sold Sun Records to Shelby Singleton in 1969. The studio produced more rock and roll records than any other studio of its era, with 226 singles being produced.

Sam Phillips gained perhaps the most fame from his partnership with several prominent figures in Rock ‘n’ Roll, including Elvis Presley, Johnny Cash, B. B. King, Jerry Lee Lewis and many others.

Phillips met Presley as an 18-year-old truck driver who came to the Memphis Recording Service to record a tune for his mother’s birthday in 1953. Phillips’ friend and fellow radio personality, Marion Keisker, convinced Phillips that Presley had talent worth pursuing. Presley would later record his first single at Phillips’ studio and go on to be one of the most successful rock musicians in United States history.

Other Music and Business Ventures

Beyond his radio ventures, Sam Phillips had many other business interests and investments throughout his life. These included an early investment in the Holiday Inn chain of hotels, as well as ownership of the Sun Studio Café in Memphis.

Sam Phillips died on July 30, 2003, of respiratory failure. He was buried at Memorial Park Cemetery in Memphis Tennessee. Phillips’ death came just one day before the original Sun Studio was to be deemed a historical landmark. It was also noted by fans that Phillips’ death was less than two months before the death of Johnny Cash.

Sam Phillips has been portrayed in numerous films and television shows, including episodes of the Twilight Zone (1986) and Quantum Leap (1993), the miniseries Elvis (2005), and Sun Records (2017). It has also been announced that Leonardo DiCaprio will be playing Sam Phillips in a future film about Phillips’ life. The film is to be based on Peter Guralnick’s book entitled Sam Phillips: The Man Who Invented Rock ‘n’ Roll.

In 1991, Phillips received a Grammy Trustees Award for his lifetime of achievement to music.