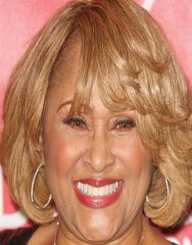 Darlene Love was born on July 26, 1941. She is an American actress and singer. She goes by her stage name Darlene Love whereas her real name Darlene Wright. In 1962, her performance in the song by the name ‘He’s a Rebel’ gave her prominence and fame. She is one of the most renowned singers. She takes the 84th rank out of 100 great singers. She is currently seventy-seven years old.

Darlene Love was born as Darlene Wright on July 26, 1941, in Los Angeles, California. She was born to Ellen Maddox and Joe Wright who was a reverend. She was brought up alongside four siblings. She started singing in Hawthorne, California while in the church choir. In 1957, she joined ‘The Blossoms’ which was a girl group in high school.

In 1962, Darlene Love's potential was discovered by Phil Spector after performing as a backup singer for renowned artists. Love worked with more rock and soul artists whom she sang alongside her girl group as backup singers. She was later involved in a trio by the name ‘Bob B Sexx and the Blue Jeans.’ In 1963, Love recorded a song named ‘Christmas (Baby Please Come Home)’ which marked her success. In the early 1970’s, she took a break from her career to bring up a family. In 1973, she was back in her career track and hence recorded vocals in the single ‘Basketball Jones’ as a cheerleader.

In 1982, Darlene Love went to New York where she performed in places such as ‘The Bottom Line.’ In this duration, she sang ‘OOO Wee Baby’ which featured in ‘The Idolmaker’ movie of 1980. Love was also working as a maid in Beverly Hills before her career sprung. She then joined the band ‘Leader of the Pack’. In 1984, she participated in the cover of ‘Alley Oop’ which was a Hollywood Argyles song which featured as a soundtrack in the ‘Bachelor Party’ film. In 1986 she saw her career rise when she was asked to perform ‘Christmas (Baby Please Come Home)’ in the David Letterman’s Christmas show.

In 1987, Darlene Love sang backup for U2’s ‘Christmas (Baby Please Come Home)’ remodel. In 1990, her album ‘Paint Another Picture’ was released, but it was not successful. She and her sister were later invited to perform as background vocalists for the ‘Heart of Stone’ tour. In 1992, she released ‘All Alone on Christmas’ minor single which is featured in the ‘Home Alone 2; lost in New York’ soundtrack. In 2005, she starred in Broadway’s ‘Hairspray’ as Motormouth Maybelle.

In 2013, Love featured in ‘20 Feet from Stardom’ which was a documentary film that premiered at the Sundance Film Festival. In 2014, she recorded a duet alongside Bette Midler in the album ‘It’s the Girls’. In 2015 her album which is also her recent ‘Introducing Darlene Love’ was released. She was later in that year given the opportunity to perform to christen the opening of Clermont Performing Arts center in Clement, Florida. In 2016, she was touring her recent album across the United States.

In 1995, Darlene Love was awarded the Pioneer Award from the Rhythm and Blues Foundation.  In 1998, she alongside Rob Hoerburger wrote ‘My Name is Love’ which was Love’s autobiography. In 2011, she was inducted into the Rock and Roll Hall of Fame.

In 1984, Darlene Love married Alton Allison with whom she has three children.