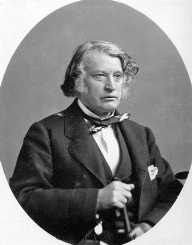 Charles Sumner was an American politician born on January 6th, 1811. He is best remembered for leading the anti-slavery forces in Massachusetts. He was also a leader who fought against racism throughout his life. He became a senator in the states from Massachusetts in 1851. During the American Civil war, he led the Radical Republicans along with other leaders. He was greatly inspired by the way European whites and blacks interacted freely unlike in the States. This made him a devoted anti-racism leader.

Charles Sumner was born on January 6th, 1811 to a middle-class family. His place of birth was Boston, Massachusetts in the United States. His father Charles Sumner was a liberal lawyer in Boston. He was also a great influence on his son Sumner.

Charles Sumner studied in Boston Latin School. He later enrolled in the Harvard College. By 1830 he graduated and joined the Harvard Law School.

Charles Sumner began practicing law at a firm he founded with George Hillard. In 1836 he served at Harvard Law School and left in 1837. After he left Harvard, he went to Europe and took French lessons in Paris. While there he made a great observation that racism existed in the U.S but not the Europeans. In 1846 he returned to the states and continued teaching at Harvard.

During the Mexican–American War, Charles Sumner decided to venture into the political world.  He began this political ambition in 1945. During this time he greatly advocated against using war as a means of settling disputes. Instead, he promoted negotiations as a way of coming to an agreement. Since then, he became a greatly sought public affairs and public speaking individual.

He became United States Senator who came from Massachusetts in 1851. This was after the formation of a Democratic-Free-Soil coalition. During this time as a senator, he fought for the freedom of slaves. In 1852 he even gave a speech "Freedom National; Slavery Sectional." The speech was against the Fugitive Slave Act of 1850. Since then he led the anti-slavery forces.

His fight for anti-slavery led to his speeches against Stephen Douglas and Andrew Butler. These were the authors of the Kansas–Nebraska Act. The two did not take his speech attack positively and planned for an attack on Sumner. They brutally attacked him on May 22nd, 1856, leaving most of his body parts injured. This act made Sumner even famous, and the public, especially from the south, referred to him as a hero.

The attack led to a traumatized Charles Sumner. He was re-elected to be a senator in 1856 even if he was unable to serve in the position. However, by 1859 he was well again and resumed his Senate duties. Throughout his life, Charles Sumner advocated for the rights of black people.

Charles Sumner tied the knot with Alice Hooper in 1873 after a long bachelorhood life. Alice was known for her great temper, and Charles Sumner did not like her humor. She even had an affair with Friedrich von Holstein, a Prussian diplomat and Sumner heard about it. He divorced her in 1873 after they lived unhappily together.

Charles Sumner died on March 11th, 1874 at the age of 63. He had suffered a heart attack in Washington, D.C.  He was buried in Mount Auburn Cemetery situated in Cambridge in Massachusetts.

After his death, several schools were named after him. One of these schools was Charles Sumner Elementary School in Roslindale situated in Massachusetts. A museum in Washington was also named after the great politician.