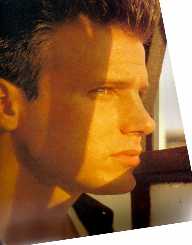 Chase Ryan was born in 1991, in Alabama. Chase Ryan is the eldest child in his family and has 2 years younger sister Debby. Since early childhood, Chase Ryan was interested in everything music-related. At first, he learned to play the guitar – both bass and acoustic, and later on he began to compose lyrics for his music. His sister Debby Ryan is also very much interested in music and singing. During childhood and early adolescence, it was a typical hobby they both shared. Even years later, they are still close friends and often work together in music production, contributing to each other’s music.

Chase Ryan was not widely recognized until his first debut song called “Feel My Heart” was released in 2009. When asked about the inspiration for the lyrics of his songs, he admitted they are all derived from personal relationship experiences. Even though the songs are different and versatile, they are united by the fact that they are derived from Chase Ryan’s relationships.

One of the very emotional songs “Saying Goodbye” was created because of his sister Debby. As they are very close, he was feeling devastated when she had to leave to California on a couple of days notice. Hence the song “Saying Goodbye” was produced. This is not the only time they have worked together.

Chase Ryan has often co-produced songs with Debby. One of the very well known examples is also “Open Eyes.” They had also participated in a television film together in 2010. The film “16 Wishes” showed a girl Abby (Debby Ryan) as a fan of Chase, she had a poster of Chase Ryan’s album cover on the wall.

Chase Ryan has a goal to express real emotions through his songs. This is why his songs reflect on his own experiences and relationships. This makes his songs very easy to relate to and has so far already attracted a steady fan-base, that is only expanded. To be able to express his emotions through music, Chase Ryan also studies music and everything that comes with it.

Publicly Chase Ryan has had so far only one relationship. This is a very stable and long-standing relationship with his perfect friend Sarah Shaw. In 2015 they got engaged. The engagement was described very detailed on their both social media accounts on Instagram and Twitter. Their wedding happened later that same year in 2015. It took place in Disneyland and was reported to be very “magical.”