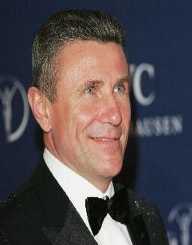 Sergey Bubka, a Ukrainian athlete, and pole-vaulter was the first to clear 6.0 meters and 6.10 meters.  He won six consecutive IAAF World Championships. He also won a gold medal at the Seoul Olympics. He continues to be associated with the sport after his retirement in 2001.

Sergey Bubka was born on December 4th, 1963 in Voroshilovgrad. He was the son of a red army Praporshchik.  As a young boy, he excelled in long jump and sprint. His interest in pole vaulting started at the age of 9 when he saw an older neighbor engage in this sport. He was however asked to wait till 12. He displayed great skill when he was trained eventually.

Sergey Bubka came 7th in the European Junior championship held in 1981. He first got his international recognition when he competed in the World Athletics Championship in Helsinki in 1983 and won the gold. He won the event with a record vault of 5.70 meters. He set the world record in Bratislava in 1984.

Sergey Bubka won the pole vault event in the IAAF athletics championship for six consecutive sessions 1983 to 1987. He was the first to clear 6 meters, a record he achieved in Paris in July 1985. He later beat his record in San Sebastian in Spain in 1991 by jumping over 6.10 meters. He broke the record 35 times and held a record of 6.14 meters.

Sergey Bubka was unable to participate in the 1984 Olympics because it was boycotted by the USSR and many countries in the Eastern Bloc. He had in fact vaulted 12 cm higher than the Olympic gold winner Pierre Quinn.  Sergey Bubka won the gold medal in Seoul Olympics in 1988 clearing 5.9 meters. This sadly was the only Olympic medal he got. He did not qualify for both the Barcelona (1992) and Sydney (2000). He had to withdraw from the Atlanta Olympics (1996) owing to a heel injury.

Sergey Bubka won the award of Best Sportsman of the Soviet Union for three consecutive years (1984 to 1986). In 1991 he won the Prince of Asturias Award for Sports in Spain.

The Track & Field news honored him as the best pole vaulter of the last half-century. In 2003 he was designated UNESCO Champion for sports.
In 2005 he won the Marca Leyenda award and was given the Panathion International Flambeau d'Or for his contribution to sport.

Sergey Bubka retired from pole vaulting in 2001 during a ceremony at his Pole Vault Stars meeting in Donetsk. He has been President of National Olympic Committee of Ukraine since 2005. He also served as Vice President of The International Association of Athletes Federation (IAAF).  He worked as WHO ambassador to fight against Tuberculosis and to victims of Chernobyl nuclear disaster. He was awarded the Laureus Lifetime award for this work in 2008.

As President of the National Olympic committee in Ukraine Sergey Bubka has initiated a lot of programs to bring in youngsters into the sport. In 1990 he established the Sergey Bubka Sports club. This club trains and supports youngsters.

Sergey Bubka's involvement with the International Olympic Committee began in 1996 when he was elected member of the Athlete’s Commission. He continues to be an honorary member.

Sergey Bubka gripped the pole higher and created a recoil force using speed and strength. He developed and mastered the Petrov/Bubka model. This model allows the vaulter to put energy into the pole while rising continuously. While conventional methods depend on recoil by bending the pole, this model exerts more power on the pole during swing up action by exploiting the recoil of the pole.

Sergey Bubka married gymnast Lilia Tutunik in 1984. They have two sons. The elder has taken up a career in business while the younger is a professional tennis player.

Sergey Bubka runs a bakery with his brother and has business interests in many other ventures. He understands the difficulties of his friends and fellow athletes of his earlier days who did not succeed as well. He has employed many of them as staff in his club.