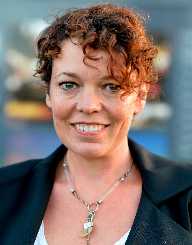 Olivia Colman is a prominent English actress and has been a part of the film industry from early-to-mid 2000's. She is more popularly known for playing the role of Queen Elizabeth in Netflix's historical drama, The Crown. She is has been a nominee for Emmy Award two times along with other reputable awards.

Sarah Caroline Olivia Colman was born from a nurse mother and chartered surveyor father on 30th January 1974. She attended two independent schools: Norwich High School for Girls and Holt's Gresham's School. At age 16, she realized that she wanted to act when she was given the role to play Jean Brodie of The Prime of Miss Jean Brodie at their school's production.

In a display of versatility, Olivia Colman took on various roles in the acting industry.

She first came into light as an actress in her supporting role in the Channel 4 comedy series Peep Show. She played the role of Sophie Chapman, an unstable and shabby employee from a dysfunctional background. The series ran from 2003 to 2015. She also played the role of HR staff Harriet Schulenburg in British sitcom Green Wing that aired from September 2004 to January 2007. She took on the persona of an unhappy mother that is overworked in East Hampton Hospital.

Thanks to her unrelenting passion for acting and adaption to varying roles, Olivia Colman scored the part of Sally Owen in Twenty-Twelve. It aired from March 2011 to July 2012 and told the story of the struggles of the Olympic Deliverance Team for hosting the 2012 Olympics. Colman won Best Female Comedy Performance for her acting role. The following year, she took on the role of Sue in the second anthology of Accused and won a British Academy of Film and Television Award for Best Supporting Actress.

One of the roles that took her to critical success was her uptake for the character DS Ellie Miller in ITV's Broadchurch. The series ran from March 2013 to April 2017 and told the story of the mystery surrounding the death of an 11-year old boy in a rural town. Colman managed to score a British Academy of Film and Television Arts TV Award for Best Actress and also nominated for an International Emmy Award of the same category.

Olivia Colman's role as an intelligence operative named Angela Burr in AMC/BBC miniseries The Night Manager managed to solidify her presence as an actress in the industry. She won a Golden Globe Award and became a nominee for a Primetime Emmy Award in 2016 for her acting role in the series.

She continued and played numerous other roles that displayed her versatility as an actress. She won the London Film Critics' Circle Award for British Actress of the Year for her role as Carol Thatcher in the award-winning drama film, The Iron Lady. Her portrayal of Hotel Manager in Greek director Yorgos Lanthimos', The Lobster, had won her the British Independent Film Award for Supporting Actress and earned her the nomination for Supporting Actress of the Year of the London Film Critic' Circle Award. The film tells of people needing to find a mate in 45 days or else they will be transformed into an animal.

Despite all of these acclaims, Olivia Colman still has regrets in her acting pursuit. Colman stated that "the worst experience of her life" was starring the role of Joana Roberts in the 2006 mockumentary film Confetti.

Despite juggling her job as an actress and mother, Olivia Colman does her part in supporting the community. Taking on the role of Hannah in Tyrannosaur has influenced her to serve as the patron of Tender, a UK Charity that utilizes theater and arts to inform young audience to prevent sexual abuse and violence.  Founded in 2003, Tender aims to raise awareness on domestic violence and relationships.

She also extended a hand to young volunteers of Comic Relief, a British Charity. Initially, she was asked for an appearance in fundraising in Africa to which she politely declined. She has an absolute belief that you can "dilute it(charity), the more you do."

In an interview with Big Issue, she openly talked about her struggle with post-natal depression about the birth of her first child hence in 2013; she granted two awards at the Mind Media Awards.

Aside from these, Olivia Colman also participated in Anthony Nolan, A UK charity that benefits blood disorders, the Marie Curie Daffodil Day that tends to the terminally ill and even engaged in Alzheimer's Society Holkham Memory Walk in September 2013.

In 2015, she partook in UNICEF's New Year's Eve campaign. The reunion of the refugee families in Syria has been one of the organization's campaigns that she stood firmly behind. Besides supporting Syria, she also joined in on other programs. Olivia Colman even went further to learn how the organization coordinated with schools in the UK and even visited a UNICEF UK Rights Respecting School.

Olivia Colman married her husband, novelist Ed Sinclair, on August 2001. The two met when Sinclair was still a law student and was leaning to writing instead of law. Colman admitted that she was head over heels in love with Sinclair and that he helped her through difficult times. The pair has three children together: two sons named Finn and Hall, and a daughter. The family resides together in London.