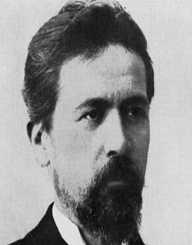 Anton Chekhov was born on January 29th, in 1860. He was a famous Russian playwright. Besides this, he also earned a name for himself due to his short-story writing skills. As a result of his exceptional form of writing, Chekhov is recognized as being among the best short-story writers of all time. His best plays include The Seagull -1896, Three Sisters, The Cherry Orchard, and Uncle Vanya.

Anton Chekhov was born on January 29th, in 1860. He was born in a place called Taganrog in Russia. He was the son to Pavel Yegorovich Chekhov and his wife. His father worked as a grocer.

Chekhov’s father struggled financially, and therefore this prompted him to indulge in a number of freelancing activities including writing. He supported the family with the money that he earned from his short comics.

After completing his medical education, Anton Chekhov became a physician, and he offered his services in the mid-1880s. Apart from being a physician he also took some time off to publish his fiction works. It did not take time before his works were published in the newspaper called New Times. Later, in 1888, he was bestowed with a Pushkin Prize for the story titled “The Steppe.” It is also around this period that Chekhov took a special interest in playwriting.

Anton Chekhov most notable works took center stage from the 1890s. The short stories that he published around this period earned him recognition. Some of these stories included “The Lady with the Dog” and “Ward No. 6.” As a playwright, he is best remembered for works such as The Seagull, The Three Sisters, The Cherry Orchard, and Uncle Vanya.

Anton Chekhov wedded Olga Knipper in 1901. She was an actress that he had met at the Moscow Art Theatre. Unfortunately, by the time he got married, Chekhov had contracted tuberculosis.