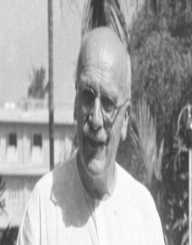 J.B.S. Haldane, was a British-born Indian geneticist, biochemist, and writer. Born on November 5, 1892, he made enormous contributions to the field of science through his work in physiology, evolutionary biology, genetics, and mathematics. J.B.S. Haldane was also known for his work in statistics and biostatistics. J.B.S. Haldane research works helped in the creation of population genetics, which linked the Mendelian genetics and Darwinian evolution by natural selection and laid the basis for modern evolutionary synthesis. In 1925, his debut scientific paper proved genetic linkage in mammals.

J.B.S. Haldane left England to India on moral grounds due to the Suez Crisis. His father had previously left to India due to his father’s political descent. Haldane diverse research works helped to form the human gene maps for hemophilia and color blindness on the X chromosome. J.B.S. Haldane developed the Haldane’s rule on sterility in the heterogametic sex of hybrids in species. J.B.S. Haldane proved that sickle-cell disease had some immunity to malaria and suggested the central idea of in vitro fertilization. His other postulations included hydrogen economy, coupling reaction, molecular repulsion, cis and trans-acting regulations, organismal cloning and Darwin.

J.B.S. Haldane was born on November 5, 1892, in Oxford to John Scott Haldane and Louisa Kathleen Trotter. His father was a prominent physiologist, scientist, philosopher and a politician. J.B.S. Haldane was the first child of two by his parents with his younger sister being Naomi Mitchison who became a writer. J.B.S. Haldane learned to read at age three and age eight, he was already helping his father in his laboratory works. In the lab, he also tried his hands on some experiments. The family later moved to Cherwell, an outskirt of Oxford. J.B.S. Haldane started his formal education at the Oxford Preparatory in1897.

J.B.S. Haldane had an excellent academic performance gaining him the First Scholarship to Eton in 1904. J.B.S. Haldane enrolled at Eton in 1905 but the abuse he received during his time there left him a lastingdetest for the English educational system. These acts meted on him did not, however, break him but rather energized his dreams for achievement and later became a Captain of the school. After completion, J.B.S. Haldane enrolled at the University of Oxford’s New College to study classics and mathematics.

In 1912, J.B.S. Haldane graduated with first-class honors in mathematical moderations in and obtained a first-class honor in 1914. J.B.S. Haldane published his maiden scientific paper, which was based on gene linkage invertebrates with the help of his father in 1912 when he was 20 years. A decade afterward, he co-authored his first technical paper on hemoglobin function alongside his father.

During the World War I, J.B.S. Haldane was commissioned a temporary second lieutenant in the 3rd Battalion of the Black Watch and fought in the First World War on  August 15, 1914. During the war, he gained promotion to temporary lieutenant on  February 18, 1915, and subsequently became a temporal caption. J.B.S. Haldane was wounded during his service in France and Iraq, which led to him relinquishing his commission on April 1, 1920. J.B.S. Haldane served as a Fellow of New College, Oxford researching into physiology and genetics between 1919 to 1922.

J.B.S. Haldane joined the Indian Statistical Institute in Kolkata, India in 1956, to head the biometry unit after he left the University College London. J.B.S. Haldane attributed his decision to leave England to the Suez Crisis, which according to him was a clear violation of the British Government of international law. While in India he took an interest in inexpensive research and observed the Vanellus malabaricus, the Yellow-wattled Lapwing.

J.B.S. Haldane proposed the use of cowpea in the study of plant genetics and researched into floral symmetry and the pollination of Lantana camara. J.B.S. Haldane left his post in 1961 and headed to the newly established biometric unit in Odisha after his controversial hunger strike. J.B.S. Haldane naturalized for India and turned into a vegetarian.

J.B.S. Haldane embarked in research works starting with an investigation into Mendelian genetics with the help of his sister Naomi in 1908. With the use of guinea pigs and mice, J.B.S. Haldane made his first demonstration of genetic linkage in mammals and published the Reduplication in mice in 1915. J.B.S. Haldane published a paper on the gaseous exchange by hemoglobin and researched into the properties of blood as a pH buffer. J.B.S. Haldane contributed to the development of the mathematical theory of population genetics alongside Ronald Fisher and Sewall Wright.

J.B.S. Haldane was a key figure in the modern evolutionary synthesis and confirmed the concept of natural selection being a core mechanism of evolution. J.B.S. Haldane used the maximum likelihood to estimate the human linkage maps, developed the complicated linkage theory for polyploids while at the John Innes Horticultural Institution. J.B.S. Haldane performed several other groundbreaking research and contributed immensely to the field of biology.

J.B.S. Haldane was conferred the National Order of the Legion of Honour by the French Government in 1937. He was awarded the Darwin Medal from Royal Society in 1952 and in 1956 received the Huxley Memorial Medal of the Anthropological Institute of Great Britain. Other awards include the Feltrinelli Prize in 1961 and the Kimber Award of the US National Academy of Sciences. J.B.S. Haldane became a Follow of the Royal Society in 1932, an Honorary Fellowship at New College and an Honorary Doctorate of Science.