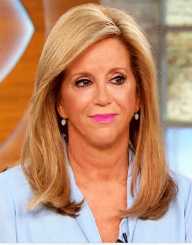 American inventor and entrepreneur Joy Mango was born on the 1 February 1956 to Rudy and Terri Mangano in East Meadow, New York.

After her divorce in 1989, Joy Mango supported herself as an airline reservations manager and also did waitressing while bringing up her three children. Mangano’s first invention was a self-wringing plastic mop which she called the Miracle Mop (1990). Using her savings as well as with family and friends investing in her idea, a prototype was made. A 100 Miracle Mops were subsequently manufactured in her father’s workshop. Mangano sold her product in local stores as well as trade shows. She then managed to get her product on QVC (1992) and sold over 18,000 mops in 30 minutes.

Joy Mango began appearing regularly on QVC. Her business was initially called Arma Products, but she later changed it to Ingenious Design. In 1999, she sold the company to USA Networks, part of the Home Shopping Network. In 2000, her company had achieved sales of over $10 million. Mango went on to invent a series of successful products including Huggable Hangers, Forever Fragrant, the Clothes It All Luggage System and Shades Readers. As a regular on the Home Shopping Network, she is one of their most successful suppliers with annual sales of over $150 million.

Awards Joy Mango has won include Ernest &V Young naming her Long Island Entrepreneur of the Year in (1997) and Fast Company listing her as one of The 10 Most Creative Women in Business (2010).

Mangano partnered with Rising Tide Capital, a non-profit organisation that works to empower first-time entrepreneurs and single mothers to use their talents and creativity to form The Joy Mango Foundation.

Joy Mango was married to Anthony Miranne (m.1978-div.1989). The couple had three children: Christie, Jacqueline, and Robert. Her autobiography Inventing Joy was published in 2017.