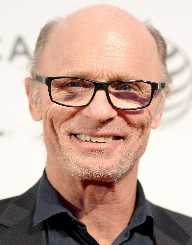 His father, Robert Lee Harris was employed with a bookstore of the Art Institute of Chicago. He was also a good professional singer and was a member of the Fred Waring chorus. His mother Margaret Harris worked as a travel agent.

Both his parents were from Oklahoma. Ed Harris was the second child of his parents. Paul and Robert are his other two brothers. He belonged to a middle-class Presbyterian family and was raised in Tenafly, New Jersey. He received his high school graduation in 1969 from Tenafly High School. He was a key member of the school football team and was elevated to the position of team captain in his senior year.

Ed Harris enrolled at the Columbia University of New York upon completion of his high school graduation. He regularly played football in the university football team and also participated in athletic competitions. His family moved to New Mexico, a state in the southwestern region of the United States, two years later. At this juncture, Harris found a growing interest in acting and started acting in various local theatre plays.

Upon moving to California, he studied at the California Institute of the Arts for two years and obtained his Bachelor of Fine Arts degree in 1975.

Upon completion of his study,  Ed Harris embarked upon a journey of acting. He started with stage acting. In 1976, he played the role of an FBI Agent in the world premiere of the theatre ‘Baalam’, which was being staged at the Pasadena Repertory Theatre situated at the famous landmark ‘The Hotel Carver’. He followed it up appearing in another play titled ‘The Seven Descents of Myrtle’ (formerly, Kingdom of Earth). The Tennessee William’s play was making its West Coast premiere at the same theatre of The Hotel Carver.

Ed Harris made his film debut in 1978 with a small role in the Michael Douglas starrer suspense thriller ‘Coma’. Two years later, he found his first major film role when he was cast as a rival of action hero Charles Bronson in the film ‘Borderline’ (1980).

He was successful in bagging a lead role in the following year in George A. Romero’s ‘Knightriders’ (1981). He played the lead role of William "Billy" Davis, king of a wayfaring troupe of motorcyclists, imitating King Arthur.

Ed Harris received a breakthrough in his film acting career when he played the role of astronaut John Glenn in the film ‘The Right Stuff’ (1983). The film gave him a broader recognition among the people in general. He also received critical acclaim for his role in the film.

The success of ‘The Right Stuff’ led him to get more such opportunities of playing the lead supporting roles in some hit movies.

He co-starred in the film ‘Places in the Heart’ (1984) alongside Sally Field, a drama film directed by Robert Benton. He also acted in the 1985 film ‘Swing Shift’ as a supporting cast. In the same year, he played lead roles in some films such as ‘Code Name: Emerald’ and ‘Sweet Dreams’, which did not fare well.

In addition to acting, he also produced and directed the film ‘Pollock’. His other directorial venture includes the 2008 film ‘Western Appaloosa’. Besides being honored with the Academy and Golden Globe nominations, Harris also won the ‘Screen Actors Guild Award’ for his supporting role in ‘Apollo 13’.

Ed Harris has done some commendable jobs in television as well. His performance in the lead role as Miles Roby in a television miniseries ‘Empire Falls’ (2005), an adaptation of a novel by Richard Russo was laudable.

His portrayal of the character of the United States Senator John McCain in the 2012 political television miniseries ‘Game Change’ earned him an Emmy Award nomination. Presently, Harris is playing the role of a villain in the HBO science fiction-western series ‘Westworld’, which was premiered in 2016.

His sincere and admirable work in both film and television does not deter his stage performances. In continuation of his earlier stage performances in the theaters, Harris made his New York stage debut in an Off-Broadway production in 1983 in Sam Shepard's ‘Fool for Love’.

His performance in the theater earned him an Obie Award in the category of ‘Outstanding Actor’. He returned to the New York stage in Ronald Harwood's critically acclaimed production ‘Taking Sides’ in 1996.

Ed Harris married his ‘Places in the Heart’ co-star Amy Madigan on November 21, 1983. The couple was blessed with a daughter, Lily Dolores on May 3, 1993.