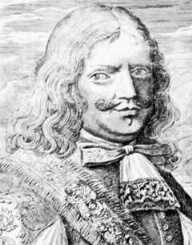 Henry Morgan was a notorious buccaneer active in the region of Central America and the Caribbean’s during the late 17th century. He was infamous for his ruthlessness in pounding Spanish ships and colonies of that area. Information about his early days is scarcely available. He was born in Wales around 1635. According to the historians, his birthplace lies between the present day Cardiff and Newport. The place could either be in Pencarn, Monmouthshire or in Llanrumney, Glamorgan. Historical sources revealed Robert Morgan, a farmer, to be his father. Further details of his early life and career are shrouded in obscurity.

Historians were unable to decipher the truth behind the arrival of Morgan into the Caribbean’s. There are several stories regarding Morgan’s landing in the Archipelago. However, it is a fact that Morgan landed in the Caribbean’s during the second half of the 1650s. It is generally believed that he initially spent most of his late teenage years in search of a profitable venture. During the early 1660s, he joined a group of privateers under the leadership of Sir Christopher Myngs. The group used to attack and loot the Spanish cities and settlements scattered around the Caribbean’s and Central America. Rising in his ranks quickly, Morgan captained one of the ships of Myngs’ armada by 1663. Soon, he was an integral part of the attack on Santiago de Cuba and the Sack of Campeche on the Yucatán Peninsula.

In those days, Caribbean islands, under the control of the British government, depended largely on the privateers for the collection of revenue. Thus, in reality, privateers were government-sponsored individuals. They raised their fleet of ships using government money. These privateers regularly attacked Spanish colonies located in and around the Pacific Ocean and plunder their wealth. The respective governing authority of the islands issued a license called a letter of marque to these privateers. This license authorized the privateers to attack and snatch the ships belonging to some specific country. In return, the privateers gave a substantial portion of the loot to the license issuing authority.

Morgan raided Spanish colonies of Trujillo, Granada, and Vildemos during the late 1663 and early 1664. He along with fellow captain Jacob Fackman and John Morris came back to Port Royal, Jamaica with shiploads of valuables. During 1664, the relation between the English and the Dutch worsened. As a result, the British colonial government of the Caribbean’s started issuing letters of marque against the Dutch. The Second Anglo-Dutch war took place between 1665 and 1667. Morgan led the invasion of Dutch colonies of the Caribbean’s as second in command during this period.

Around 1667, hostilities between the English Kingdom and the Spanish Empire increased to a considerable extent. Morgan commanded his battalion and raided the Spanish port of Puerto Bello after capturing Puerto Principe (present-day Camagüey) in Cuba. Puerto Bello was a well-defended city on the Isthmus of Panama. He, in a swift and daring move, stormed and devastated the well-guarded city. In 1669, he went deep into South America and plundered some wealthy Spanish settlements located at the coast of Venezuela around Lake Maracaibo. During early 1671, he attacked the city of Panama with a large contingent. Morgan captured the city after fighting a tough battle with a strong Spanish force. He then set the city on fire. Later, he fled with most of the loot deserting his force.

The English had signed a peace treaty with their Spanish counterpart prior to Morgan’s raid on the city of Panama. On account of the treaty, the English military promptly arrested Morgan and took him back to London. The English did not punish him due to his fearsome image and his reputation as a patriotic person. However, he had to end his naval career. The relation between England and Spain worsened again in no time. King Charles II knighted Morgan in 1674 and made him the Deputy Governor of Jamaica. Morgan came back to Jamaica and stayed there until his death. He went on to increase his plantation in Jamaica. He led a happy, respectful, and affluent life during his last years.

Morgan married his cousin Mary Morgan during early 1666. Mary Morgan was the daughter of Edward Morgan, the then Deputy Governor of Jamaica. Edward was the uncle of Henry Morgan. The couple remained childless.

Morgan passed away on August 25, 1688. A state funeral was accorded to him. All the privateers and pirates of the region were given free access to attend his funeral. While they paid homage to the departed buccaneer, the State authorities assured them about their freedom. The mortal remains of Morgan were entombed at Palisadoes cemetery, Port Royal. The State also honored him with a 22 gun salute.