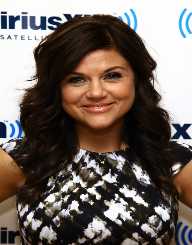 Tiffani Thiessen was born on January 23, 1974, in Long Beach, California, USA. Her parents are Robyn and Frank Thiessen.

Tiffani Thiessen was always in the limelight, even from a young age. As a child, she entered in and won, many beauty pageants in her home state. Her wins earned her spots in magazines. She also began her acting career when she was a child. She premiered in a commercial when she was eight years old. Ever since then, Tiffani Thiessen has loved acting ever since.

Tiffani Thiessen broke into acting when she was eight years old, but she didn’t work on anything other than commercials until 1989 when she was fifteen years old. Her debut performance was on the show Live-In. Her first major role was her role of Kelly Kapowski on the show Saved by the Bell. This show kicked off her career more than anything else she would ever do. She became a teen idol, gaining teenage fans from all over the world. In the role, she had a major part in the show from 1989 until 1993 when the show ended.

After both Saved by the Bell series, Thiessen's career continued to grow. Tiffani Thiessen took on a role as Valerie Malone on Beverly Hills, 90210 in 1994. She stayed with this show until 2000. While working on the show, she also took on roles in made for TV movies and as a guest star on several TV shows. Some of the projects she worked on included Love Stinks, Cupid, and Buried Secrets.

In 2005, Tiffani Thiessen started her own production company, Tit 4 Tat Productions, with her friend, Dean Johnson. The company produced one film, Just Pray, in 2005. The company is also working on two more projects: Fins & Tails and Hung.

Throughout her career, Tiffani Thiessen has won one award: Palm Springs International Shortfest 2nd Place Jury Award for Best Live Action Over 15 Minutes (Just Pray). She has also been nominated for five other acting awards. These awards are listed below.

Tiffani Thiessen was first married to Brady Smith n 2005. The couple has two children together: Harper and Holt.