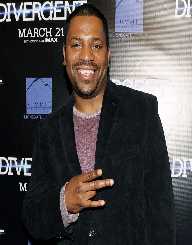 Mekhi Phifer was born on December 29, 1974, in New York City, New York USA. Because Phifer’s father left his family, he was raised preliminary by his mother, Rhoda Phifer.

As a teenager, Mekhi Phifer attended Lincoln Square Auxiliary High School. He later graduated from this school in 1994.

After high school, Mekhi Phifer went on to attend the State University of New York’s New Paltz school. While there, he studied electrical engineering. He later left this school to focus on his acting career.

Mekhi Phifer’s adult acting career began while he was in college, in 1995. The first television show he appeared on (for one episode) was Models, INC. While he only played a bit character, it helped to start his career. In 1995 and 1996, Mekhi Phifer earned recurring roles on the television shows New York Undercover and Homicide: Life on the Street. He also appeared in several movies, including Clockers, Soul Food, and I Still Know What You Did Last Summer.

For the first half of the 2000’s, Mekhi Phifer continued to work mostly on movies, including Imposter, The Other Brother, and 8 Mile. However, he earned one of his most famous roles, as the character Gregory Pratt, in the show ER in 2002. Mekhi Phifer continued to play this character until 2008. Some of the other shows he had recurring roles on during this decade include Curb Your Enthusiasm as the character Omar Jones and Lie to Me as Ben Reynolds.

In the 2010’s, Phifer’s television career was more active than ever before. In 2011, he earned a recurring role as the character Agent Rex Matheson in Torchwood. Then, in 2014 he had another recurring role on House of Lies as Dre Collins.

Mekhi Phifer then began working on two more television shows (Secret City as Ambassador Moreton and in Frequency as Satch Reyna) in recurring roles in 2016. He also appeared in some other television shows as a guest star. Some of these shows include Chicago P.D., Roots, and Psych. He also had film roles in the Divergent series as the character Max.

Mekhi Phifer not only acts, but he is also a businessman. He owns six stores in the Athlete’s Foot franchise. All of his franchise locations are in California, USA.

Over the course of his acting career, Mekhi Phifer has won almost half a dozen awards and has been nominated for over a dozen more. Some of his most impressive awards are listed below.

Mekhi Phifer married Malinda Williams in 1999. This couple had one son together: Omikaye. However, the couple later divorced in 2003. Phifer later married Reshelet Barnes in 2013. This couple is currently still married. Mekhi Phifer also has a won, Mikhi Jr., with Oni Souratha, who Phifer was in a romantic relationship with from 2004 to 2007.  This couple was engaged for a short time but never married.