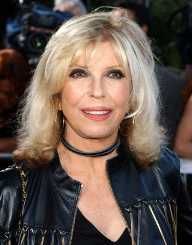 Nancy Sandra Sinatra was born on 8th June 1940, to Frank Sinatra and his first wife, Nancy. Sinatra’s father was a famous singer and entertainer, and part of the infamous “Rat Pack” which also included Dean Martin and Sammy Davis Jr.

Nancy Sinatra was the oldest of three children and was only a toddler when her parents moved to a new house in New Jersey. Fans soon found out that the house belonged to Frank Sinatra, and Sinatra’s mother was paranoid about the youngster being kidnapped as the windows of the house could be reached from the footpath.

Her fears were well founded, as a few years later Sinatra’s younger brother was kidnapped, and Frank Sr. had to pay a ransom of $250,000 to get his son back. Apart from that, her childhood was a happy one.

As Frank’s career took off and his time was required in Hollywood, the family moved to California to accommodate.

Nancy Sinatra took a keen interest in the Arts. This was evident by her learning piano for 11 years, taking dance classes for eight years, and acting classes for five years. She also did voice classes for several months. These would all stand her in good stead for the career ahead of her.

Nancy Sinatra’s debut was in 1960 when she appeared on her father’s television show, The Frank Sinatra Timex Show. The episode she appeared in was a special on Elvis, to celebrate his return from service. She went out to the airport to welcome him back home.

For the next few years, her music found popularity in Europe and Japan, but success in the U.S. eluded her.

In 1966, armed with a new image, she had a number one hit with These Boots Are Made for Walkin’. She had finally achieved success on home soil. The song was written by Lee Hazlewood, and over the 1966-67 periods, Sinatra had several hits written by Hazlewood and recorded with him as well.

She went on in the 1960s to act in several movies, including playing opposite Elvis Presley and Peter Fonda. Sinatra also did several television shows, including The Ed Sullivan Show, but her heart remained in music.

In 1966-67, Nancy Sinatra toured Vietnam to perform for the troops who were away at war. Even up until the present day, Sinatra still performs in charitable works to support the Vietnam Veterans.

Nancy Sinatra continued to record albums into the 1970s, but by the mid-1970s, she stepped out of the spotlight to concentrate on raising her children and being a wife.

She returned in 1981 to record a country music album, which had two songs reach the country charts.

Her next major event was in 2002, when Nancy Sinatra performed live at The Liquids Room, as part of the Edinburgh International Festival. The event was sold out but was recorded by the BBC.

Nancy Sinatra released an album in 2004 and collaborated with several artists for the album, including Sonic Youth and U2. In 2006, EMI released an album in the UK which was called The Essential Nancy Sinatra. It was a compilation of her music which spanned over 40 years, and the songs were all hand-picked by Sinatra. The album made number 73 on the charts. It was the first time in over 30 years that she made the charts in the UK.

Nancy Sinatra continued to work over the next few years with several releases, including online. At present, she manages the website, sinatrafamily.com. The website was set up for fans who wish to discuss any of the Sinatra family – Frank Sr., Nancy Sr., Frank Jr., Tina or Nancy, herself

Nancy Sinatra would be best known for her massive hit in 1966; These Boots Are Made for Walkin’. This is still a cult hit to the present day.  This was followed by a string of hits, but she was also very well known for the duet she did with her father, Frank Sr., called Somethin’ Stupid.

The last two awards were for Sinatra’s continued support of the troops serving for the United States.

In 1960, Nancy Sinatra married Nancy Sinatra, who was a teen singing idol at the time. The marriage only lasted a few short years and ended in divorce.

Nancy Sinatra then went on, in 1970, to marry Hugh Lambert. They had two daughters together, Angela and Amanda, but Lambert died from cancer in 1985.

Nancy Sinatra took her father’s advice and either owns or has an interest in almost all her materials, both music and videos. This is something that she will be able to pass to her children if she wants to. Regardless, it will ensure her music and videos will be managed and will live on through the generations to come.