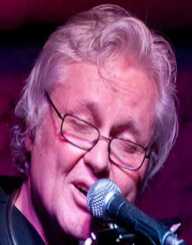 Chip Taylor is an American songwriter and singer.

James Wesley Voight was born in the city of Yonkers, New York, on March 21, 1940. His father, Elmer, was a professional golfer. His mother’s name was Barbara. He studied at the Archbishop Stepinac School. He was a part of a band in high school, called Town and Country brothers. Although he grew up in New York, he listened to country radio from a young age. That had a significant influence on him and his later career.

He enrolled at the University of Hartford in Connecticut. He dropped out after a year. He tried to become a professional golfer, just like his father. He achieved some success. However, he suffered a wrist injury, and his golfing career ended. He decided to try out songwriting, and he changed his name to Chip Taylor.

Chip Taylor first started working with the King and De Luxe record labels. In 1961, he signed a contract with Warner Brothers. His first bigger hit was called “Here I Am.” He sang the recording himself. He started to focus on country music. His first big country hit was called “Just A Little Bit Later On Down the Line.”

After that, he continued to work on a variety of genres. He became a very versatile songwriter. He worked on R&B, rock, and pop music. He worked with many famous singers, such as Tina Turner, Janice Joplin, and others. One of the best-known songs he has written is called “Wild Thing.” It’s a rock song that has been performed by musicians such as Jimi Hendrix and the Troggs. His other most famous song is called “Angel of the Morning.” It has been performed by Bonnie Tyler, Olivia Newton-John, and many others.

Chip Taylor released many of his albums during the 1970s. The first one was called Gorgoni, Martin and Taylor. After a long pause, he started to release his albums in the mid-1990s. Since then, he has released new albums almost every year. Throughout his career, he worked with many recording companies, such as Columbia, Capitol, Lone Star, and others. In 2007, he started Train Wreck Records, his independent label. A couple of years later, his album “Yonkers, NY” was nominated for a Grammy Award for Best Recording Package.

Chip Taylor's wife is named Joan. He has a son named Kristian and a daughter named Kelly. One of his brothers is the actor Jon Voight. His niece is the famous actress Angelina Jolie.