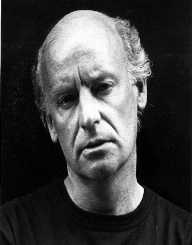 Eduardo Galeano was born on 3rd September 1940, to Eduardo Hughes and Licia Galeano. He was born into a middle-class family, of European descent. It was his mother’s name that Galeano used once he started writing.

Eduardo Galeano left school at a young age and started work when he was just 14.

As a teenager, Eduardo Galeano worked mostly odd jobs to earn a living. This included factory work, typing work and at one stage he was a bank teller. In the early 1960s, Eduardo Galeano began his career as a journalist. He was editor of Marcha magazine, which was an influential weekly magazine at the time.Eduardo Galeano also edited the daily publication called Epoca, and was also editor-in-chief for the University Press, so he kept himself busy. There was civil unrest in Uruguay, and in 1973 a military coup took place. Eduardo Galeano was imprisoned for a short while when this happened, and when he was released, he fled to Argentina. In Argentina, he created the magazine called Crisis.

Eduardo Galeano had also written a book called,Open Veins of Latin America, but it didn’t suit the politics of the right-wing governments of the time, and it was banned in Uruguay, Chile and Argentina. In 1976 a new regime took power in Argentina, and Eduardo Galeano’s name was put on the death squad list. He fled Argentina and went to Spain.

In 1985, Uruguay became a democratic country, so Eduardo Galeano could return to Montevideo. A new Latin American television station was created and based in Venezuela. In 2005, Eduardo Galeano joined the 36-member advisory committee for the network. Between 1963 and 2015, Eduardo Galeano penned over 40 works which are a true accomplishment. They were written in Spanish, although some of the titles have been translated to English. His works were both fiction and non-fiction.

One of Eduardo Galeano’s best known works is the book, Open Veins of Latin America. He was also very well known for the trilogy he wrote whilst in Spain, called, Memory of Fire. The work was critically acclaimed.

In 2009, the Venezuelan President, Hugo Chavez, presented U.S. President, Barack Obama, with a copy of Eduardo Galeano's Open Veins of Latin America whilst Obama was paying a diplomatic visit to South America.

Eduardo Galeano married his first wife, Silvia Brando, in 1959. They divorced in 1962 but had a daughter, Veronica. He married his second wife, Graciela Berro, that same year, and during their marriage, they had two children, Florencio and Claudio.

Eduardo Galeano’s third wife was Helena Villagra, and they married in 1976. He was still married to Eduardo Galeano when he died.

Eduardo Galeano was a much-loved writer in South America and was a strong advocate for human rights and social justice. His legacy will live on through his literary work.