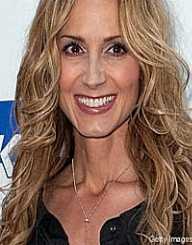 Richell Rene “Chely” Wright is a multi-award winning American country music singer, songwriter, author, and social activist. Born on October 25, 1970, she released a debut album Woman in the Moon, 1994, which won her the Top New Female Vocalist at the Academy of Country Music in 1995. She has eight studio albums to her credit with fifty singles charting on the country charts. She also released several EPs.

Richell Rene “Chely” Wright was born on October 25, 1970, in Kansas City Missouri. Her music talent manifested at a very young age of four, and according to her autobiography she decided, Like Me, she since resolved become a country music singer. She graduated from high school in 1989.

Chely Wright started her career as a singer at an early age of 11, performing at several functions. She was also a performing artist at the Ozark Jubilee, which was a country music show in Branson, Missouri. After graduating from high school, she had a job at the now defunct theme park, Opryland USA, Nashville, Tennessee, where she mimicked top country music musicians.

Harold Shedd signed Chely Wright to his Mercury/Polygram label in 1993. The following year, she released a debut album Woman in the Moon and followed it with “Right in the Middle of It” in 1996. She later signed under MCA Nashville, where she released the album “Let Me In,” 2007, which contained the track Shut Up and Drive, reaching the top twenty country hit in 2007.

Chely Wright parted ways with MCA Nashville in 2003 after “Never Love You Enough” album failed to make the intended commercial sale. She signed with the independent label, Vivaton, but left the label without releasing an album. She, however, released a video of the music "The Back of the Bottom Drawer."

She released the single “The Bumper of My SUV,” 2004, oh her label Painted Red Music Group and later release of the EP, Everything. She signed with Dualtome Records and came out with her six-album The Metropolitan Hotel, 2005. It charted both Billboard's Top Country chart and Top Independent Albums chart.

In 2008, Chely Wright signed to Vanguard Records releasing the seventh album, Lifted Off the Ground, 2010. Her most recent album is I Am the Rain, 2016 features musicians like The Milk Carton Kids, Rodney Crowell and Emmylou Harris.

Chely Wright discovered she was gay at the age of eight. Coming from a Christian family, she decided to conceal her sexual orientation to herself, as she believed it was immoral. She was also of the notion that revealing her sexuality would damage her career prospects. She then decided not to have a romantic relationship with fellow women.

Nonetheless, she disclosed in the memoir “Like Me,” that she had sexual relationships with two women by her early 30s.

She revealed that she had her first gay sex experience at age 19. She had a relationship with a woman she termed "the love of my life" from 1993 to 2004. Her partner later married a man, but the two kept their relationship. Wright started dating country singer Brad Paisley in 2000. She then stated she had no business dating because she could not be a good girlfriend due to her sexual orientation. She came out publicly about her sexuality in 2007, becoming one of the first country music singers to come out as being gay.

Chely Wright and LGBT rights advocate Lauren Blitzer married on August 20, 2011. They had identical twins George Samuel and Everett Joseph on May 18, 2013.