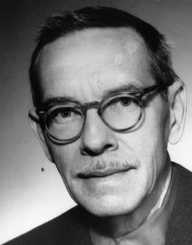 Born Oláh György, George Andrew Olah was a Hungarian-American Chemist and an academia. Born on May 22, 1927, George A. Olah won the Nobel Prize in Chemistry in 1994 "for his contribution to carbocation chemistry." His research work encompassed the generation and reactivity of carbocations via superacids. George A. Olah taught at the Technical University of Budapest, Case Western Reserve University in Cleveland and the University of Southern California holding various positions in each of them.

George A. Olah was born on May 22, 1927, in Budapest, Hungary to Magda Krasznai and Gyula Olah who was a lawyer. He received his education from the BudapestiPiaristaGymnasium, which was one of the best schools in the area. While there he studied Latin, German and French and was much focused on humanities. George A. Olah recollects George A. Olah had no interest in chemistry during this time and preferred history and literature even though the school had a science teacher.

After graduating from high school, George A. Olah enrolled at the Technical University of Budapest currently the Budapest University of Technology and Economics, where George A. Olah studied under Geza Zemplen, an organic chemist. According to him, he chose chemistry because of the wide diversity it offered. He graduated with an M.S and later Ph.D. degree in Chemical Engineering.

George A. Olah became a professor of organic chemistry at theTechnical University of Budapest from 1949 to 1954. Afterward, George A. Olah worked as an Associate Scientific Director and Head of the Department of Organic Chemistry at the Research Institute of the Hungarian Academy of Sciences. Prior to the 1956 Hungarian Revolution, George A. Olah and his family briefly moved to and later to Canada. There, George A. Olah joined the Hungarian chemist Hungarian Stephen J. Kuhn, at the Dow Chemical in Sarnia, Ontario. It was during at eight years at Dow that he started his research on carbocation. Since Dow was a major user of carbocationic chemistry like the Friedel-Crafts type manufactured of ethylbenzene for styrene production.

His work on carbocations, hence, helped the company and with this, George A. Olah was given a free hand to come up with his own ideas. Olah later became the company Scientist. George A. Olah was transferred Dow's Eastern Research Laboratories in Framingham, Massachusetts in 1964, under the directorship of Fred McLarrerty's. In the United States of America, Olah went back to academia by joining the Case Western Reserve University in Cleveland, Ohio in 1965. While there, George A. Olah chaired the Department of Chemistry until 1969 and was also the C. F. May bery Distinguished Professor of Research in Chemistry from1967 to 1977.

George A. Olah became a US citizen in 1971. Leaving Ohio, he joined the University of Southern California in 1977, where George A. Olah was a distinguished professor and the director of the Loker Hydrocarbon Research Institute. George A. Olah became the Distinguished Donald P. and Katherine B. Loker Professor of Chemistry in 1980 and a distinguished professor in University’s School of Engineering. Olah’s research into carbocation won the Nobel Prize in Chemistry in 1994. His works, which was particular in the search for nonclassical carbocationsset the basis for the discovery of protonated methane stabilized by superacids like FSO3H-SbF5and CH4 + H+ → CH5+.

The scientists were able to use these cations because they were able to stabilize and with the use of infrared spectroscopy and nuclear magnetic resonance spectroscopy it was easier to do an in-depth study and also use them as catalysts in organic synthesis reactions. With his use of the nuclear magnetic resonance spectroscopy, George A. Olah provided enough evidence that Winstein's model of the non-classical cation, "featuring a pair of [delocalized] electrons smeared between three carbon atoms," was right. Olah’s later research moved from hydrocarbons to the methanol economy. He worked with Anne Korin, Robert Zubrin, and James Woolsey to promote flexible-fuel mandate initiative. The Olah family established the George A. Olah Endowment fund aimed at granting annual awards to outstanding chemists and also the George A. Olah Award in Hydrocarbon or Petroleum Chemistry

George A. Olah was married to Judith Agnes Lengyel in 1949. The couple was blessed with two children George and Roland. He died at his home in Beverly Hills, California, on March 8, 2017. After his death tribute from the Hungarian government at the time read the "country has lost a great patriot and one of the most outstanding figures of Hungarian scientific life."

George A. Olah received several awards and honors for his works, including, ACS Henry Morley Medal, 1970, California Scientist of the Year, 1989 and Roger Adams Award in Organic Chemistry, 1989. Others are the American Institute of Chemist’s Chemical Pioneer Award, 1993, Nobel Prize in 1994, ACS F. A. Cotton Medal, 1996 and were elected as a Foreign Member of the Royal Society in 1997.