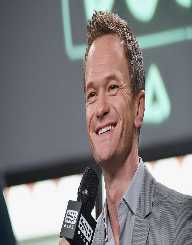 Neil Patrick Harris was born on June 15, 1973, in Albuquerque, New Mexico, USA. His parents are Sheila and Ron Harris.

Neil Patrick Harris attended the La Cueva High School in the 1980’s. While in high school, he practiced theater, performing in his high school’s plays. He graduated from the school in 1991 with honors.

Neil Patrick Harris began his professional acting career in 1988 with his debut performance in Clara’s Heart as the character, David Hart.  It wasn’t until the 1990’s that his fame began to grow. He played everyone’s favorite young doctor in the sitcom, Doogie Howser, M.D. He worked on this show until 1993. Another one of his claims to fame is his hit role as the hilarious, handsome, and womanizing Barney Stinson on the show How I Met Your Mother. He worked on this show for the entire run of the series from 2005 until...

He has also had some voice acting roles, like voicing Spider-man/Peter Parker in an animated series of Spider-man in 2003. He has also acted in numerous movies. Some of his best-known movies and television shows are listed below.

Neil Patrick Harris is not only a star on the screen, but he is also a star on the stage. He has not only acted but performed in many musicals. He began acting on the stage in 1995, in the play Luck, Pluck, and Virtue and the character Lester Price. His next play, Cabaret, was on Broadway. Some of the other famous plays he acted in are listed below.

Throughout his acting career, Neil Patrick Harris has won over 20 awards and has been nominated for over 50 others. Some of this most prestigious film awards are listed below.

Neil Patrick Harris was named one of the 100 Most Influential People in Time Magazine. He earned his star on the Hollywood Walk of Fame in 2011.

Neil Patrick Harris was in a long-term relationship with the actor David Burtka in 2004. However, the actor did not explicitly come out as gay until 2006. After a few years of dating, the couple had surrogate twins together in 2010. Their children’s names are Gideon and Harper. The couple later married in 2014. They are still married as of 2017.