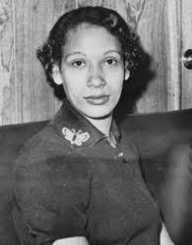 Mildred Loving was born on July 22, 1939. She was an American Civil Rights Movements Activist. She was the wife of Richard Loving who was white while she was African American. Mildred and her husband beat the odds when they defeated Virginia’s ban on interracial marriage. This they did through a Supreme Court ruling that affected the whole of the United States of America. She died on May 2, 2008, at the age of sixty nine.

Mildred Loving was born Mildred Delores Jeter on July 22, 1939, in Virginia. She was born into an African American family. She became an activist in the Civil Rights Movement of the 1960s and 1970s. At the time she met Richard Loving, she was still determined and devoted at fighting for the rights of the blacks. Richard and Mildred successfully challenged Virginia’s ban on interracial marriage at the Supreme Court.

They got married, and their marriage apparently breached the Racial Integrity Act of Virginia. After they got married, they were ordered to leave the state of Virginia. This order did not go well with Mildred, so she wrote to Robert Kennedy who was the then Attorney General. Robert then told her to direct her complaints to the American Civil Liberties Union (ACLU).

Richard and Mildred Loving later filed a suit against the state of Virginia at the Supreme Court. In 1967, in the case of Loving Versus Virginia, the Supreme Court did away with the Virginia Law and the ruling also ended the remaining bans placed on interracial marriages in other states. The Lovings remained legally married in Virginia until the death of Richard in 1975.

In 1996, the film ‘Mr. and Mrs. Loving’ was based on the Lovings love story. The film featured actor Timothy Hutton and actress Lela Rochon. In 2004, a book based on their story titled ‘Virginia Hasn’t Always Been for Lovers’ was published. In 2011, the documentary on their life ‘The Loving Story’ was released by Nancy Buirski.


Meeting with Richard and the Aftermath

Mildred Loving attended an all black high school. While in high school, she met Richard whom she took to be arrogant at first. They later fell in love and began dating. At eighteen, Mildred got pregnant with Richard’s baby, and so they decided to get married. They got married in Washington DC since Virginia had banned interracial marriages vide the Racial Integrity Act of 1924. They later returned Virginia a married couple.

In 1958, a few weeks after their marriage, they were arrested having they were married contrary to the law. Richard spent only one night in jail while Mildred spent more nights in jail just because she was African American. The Lovings later accepted being guilty of breaking Virginia’s law. They were sentenced to one year in prison, but they accepted a plea deal which ordered them to leave the state and never to be seen together in Virginia for twenty five years.

The Lovings later relocated to Washington DC where they had three children together. They, however, went to Virginia separately on several occasions to visit family and friends. They later lived in Virginia secretly without the knowledge of the authorities. Mildred grew tired of their living conditions, so she wrote to the Attorney General who directed her to the American Civil Liberties Union, and their case was accepted.

In 1967, their case was taken to the United States Supreme Court, and the judges unanimously ruled in favour of the Lovings. Virginia’s law was later struck down, and the couple returned to live in Virginia. The ruling also led the end of the ban on interracial marriages in other states as well.

In Virginia, the Lovings built a home and raised their kids there. In 1975, Richard was involved in a car accident, and he died. Mildred was also in the car at the time of the crash hence she lost sight in her right eye. Their case led to the stripping out of laws banning interracial marriages from every state constitution.

On May 2, 2008, Mildred Loving died of pneumonia at the age of sixty eight.