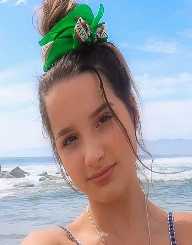 Juliana Grace LeBlanc, also known as Annie Grace is a young you tuber born in 2004. Her fame in you tube is rising each day with her channel Annie LeBlanc. She is from Bratayley family who owns a YouTube channel called Bratayley. All their family members are active participants of the channel. The channel is quite famous and loved by their subscribers, over3 million of them. Most of Annie’s uploads are on gymnast stuff because she has a passion for it. In fact, she started gymnastics when she was only three years old.

Juliana Grace LeBlanc alias Annie Grace was born on December 5th, 2004. Her place of birth is in Georgia. She is the daughter of Katie and Billy and has a small sister called Hayley. She also had a brother who died in 2005 from a heart condition. His name was Caleb Logan. Her family is animal lovers especially dogs. They currently have three dogs. They also have a YouTube Channel called Bratayley, and all the family members take part in it. The other two channels owned by the family are truthplusdare and OMMyGoshTv.

Juliana Grace LeBlanc has always loved gymnastics since she was a young girl. She began her training at the age of three. She is currently at level 9 of USAG. From 2004 she has also been taking part in competitions with Gymnastics from first class. For the studies, Annie is being homeschooled.

On October 21st. 2008, Juliana Grace LeBlanc started her YouTube career with a channel she named Acroanna. The contents of the channel were mainly uploads of her day to day gymnastic life. Currently, the channel has over a million subscribers and over one billion likes. The subscribers keep increasing with each passing day and with every new upload.

Juliana Grace LeBlanc was the pioneer of their family channel OMMyGoshTv. She did this with the help of Hayley, her younger sister.  After the two started the channel, their late brother Caleb Logan was next to join them. The channel has over 100,000 subscribers at the moment.

The two sisters along with their late brother once again started another family channel known as truthplusdare. The channel as the name suggests is mainly on Truths and dares. On Sundays, a fellow you tuber Annie, Bethany Gruns the truths and dares. A specific individual has then been appointed to run the show each day of the week. The daring part of the game is the most exciting part of the game.

Juliana Grace LeBlanc uploads videos of her day to day life. What is impressive about her posts is that they portray her true self. What she posts on YouTube is her real personality even in her normal life. She posts no lie but her true self. She loves gymnastics with all her heart as can be seen by her uploads. She loves putting on makeup just like any other teens.  She has a fantastic personality which has gained her much popularity.

Juliana Grace LeBlanc went through a hard time when she lost her brother Caleb. His brother suffered from a rare heart disease that was not diagnosed on time. He died on 1st October 2015. She was the most affected of the sad occurrence since she was quite close to him.  He even taught her baseball. She loves the color purple which was also a favorite color for her late brother. The family, therefore, has dedicated every 13th July and 1st October as days to remember Caleb. On those days they dress up in purple.