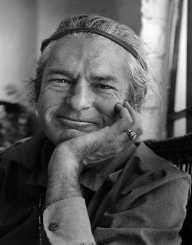 Timothy Leary was an American psychologist and writer famous for his controversial research on the benefits of psychedelic drugs. He became a very famous and very controversial figure across the United States. He was one of the most prominent participants of the counterculture movement. Many conservatives blamed him for the growing drug use in the country. Even President Nixon called him out as the most dangerous man in America.

Timothy Leary was born in the city of Springfield, Massachusetts, on October 22, 1920. He was the only child in an Irish Catholic household. His father, also named Timothy, left his mother, Abigail, when he was fourteen years old.

Leary began his higher education at the College of the Holy Cross in Worcester. He then became a cadet in the U. S. Military Academy in New York. While there, he kept breaking the rules and getting into trouble. Ultimately, he was discharged from the army. After that, he enrolled at the University of Alabama. He was quite a good student, but he was expelled for breaking the rules. After that, he started training in the army again and he managed to earn several medals. He was studying psychology at the same time. He obtained a degree from correspondence courses and from the few months he attended Ohio State University. In 1946, he got a master’s degree from Washington State University. In 1950, he received a Ph. D. from Berkeley.

After completing his education, Leary became an assistant professor of psychology in San Francisco. At the same time, he was one of the founders of the new psychology department in Kaiser Hospital in Oakland. He also became a private consultant and he worked on several different research projects. In 1957, he published his book The Interpersonal Diagnosis of Personality.

In 1959, Leary managed to become a lecturer at Harvard University. A year later, he went to Mexico with a colleague to try mushrooms containing psilocybin, a psychedelic substance. The experience changed the course of his life. That same year, he started a research called the Harvard Psilocybin Project. His goal was to prove that small amounts of the substance taken in controlled conditions could significantly improve brain function. He started doing experiments on prisoners and he reported that the substance was very effective. However, many academics around him started questioning his legitimacy. They said he was biased because of his own personal opinions. Also, they found proof that he did not show all the results of his experiments. Soon after, he started giving the drug to some of his students. He ultimately was fired from Harvard in 1963.

Leary established a small community allowing the use of LSD and similar psychedelics. He also traveled frequently, giving lectures on university campuses. He had a profound interest in transhumanist concepts such as life extension and migration to space. He wrote a few books on this topic, including Musings of Human Metamorphosis. He was also fascinated by computers and the Internet. Given his interesting past, he managed to spark the interest of many celebrities. These connections allowed him to make appear in small roles in several films and television shows.

Leary was arrested for possession of marijuana several times in the 1960s. He was ultimately sentenced to prison, but he broke out and went into hiding. He went through many countries, including Algeria, Afghanistan, and Switzerland. He was re-imprisoned multiple times. He was finally released in 1976.

Leary was diagnosed with prostate cancer in 1995. He decided to publish pictures of his final days on his blog. He initially planned on cryogenically freezing his body, but he ultimately chose cremation. He passed away on May 31, 1996. His ashes were given to friends and family. A small amount was even placed on a rocket that was launched into space so that his remains could end up in the atmosphere.