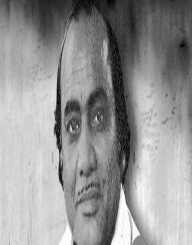 Mehdi Hassan was born on July 18, 1927, in Rajasthan, India. He never underwent formal curriculum. He received his music lessons from Ustad Azeem Khan and Ustad Ismail Khan his father and uncle respectively. His first concert was in Fazilka Bungla alongside his brother. In 1947, he alongside his family went to Pakistan.

In 1947, he worked in Mughal Cycle House’s bicycle shop. He later became a car and diesel tractor mechanic. In 1952, Mehdi sang a classical vocal for Radio Karachi. He thereafter became a popular Ghazal singer. He later formed ‘Ranjish Hi Sahi,’ ’Baat Karni Mujhe mushkil,’ ‘Ghazab Kiya Tere wade pe’ and ‘Gulon Mein rang bhare’ as his memorable Ghazals. In 1957, he sang on Radio Pakistan. He later initiated his renown talent by starting off as a thumri singer. He, in turn, wrote Urdu poetry as well as composition of Ghazal. He thereafter started off strongly in singing Ghazal.

Mehdi later involved himself in films. In 1962, he performed his hit ‘Jis ne mere dil ko dard Diya’ which was in turn for the ‘Susral’ film. In 1964, his fame pronounced as he performed his other hit ‘Gulon Mein rang bharay, baad-e-naubahar Chale’ which was a key object in the film ‘Farangi.’ He became famous in Ghazal singing in Pakistan’s cinema. He received many appreciations and considerations for his influence in Ghazal classical music.

He was honored with ‘Pride of Performance, Tamgha-e-Imtiaz and Nishan-e-Imtiaz’ as awards from Pakistan’s Government. In 1983, he was decorated with the Gorkha Dakshina Bahu by the Nepal Government. Mehdi was honored with ‘K.L. Saigal Sangeet Shahenshah’ an award from the Indian Government. He also received many Nigar awards. He also was awarded the official awards in order to be honored as one of Pakistan’s show business personalities.

Mehdi married two wives with whom they had fourteen children. He died on June 13, 2012, of ill lung condition. He died at the age of Eighty-four.