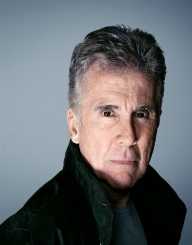 John Edward Walsh was born December 26, 1945, in the Auburn district of New York. He grew up in Auburn and graduated from the University of Buffalo, today known as State University of New York at Buffalo. Soon after his graduation from college, Walsh joined the hotel industry. He later got married and moved to the state of Florida. The Walsh family settled in the Hollywood section of South Florida.

On July 27, 1981, Walsh had a devastating experience. His firstborn son Adam was kidnapped from a shop in the Hollywood Mall. Adam was six years old. Walsh had gone shopping in the mall, leaving his son in a toy shop. The shop attendant then dismissed four young boys from the toy shop. Adam was one of the four and was never seen again. After a painful sixteen days wait, Adam’s head was found in sewerage drainage. His torso was never found. Adam’s killer was identified as Ottis Toole on December 16, 2008. This was almost 28 years after the killing occurred. Toole was never tried for the crime. He died in 1996 while serving other sentences in prison.

Walsh left his hotel industry career to pursue his son’s killers. He dedicated his time and resources to the cause. He founded the Adam Walsh Child Resource Center. This was a lobby organization that advocated for the establishment of legal frameworks to help the victims of kidnappings and their families.

In his pursuit to help victims of kidnapping, Walsh landed a contract television contract with the Fox Century television station. In 1988 he founded the television series Americas Most Wanted. In the series, he serialized the wanted criminals, posted their photos and other vital information. It lasted until March 2013. As the series host, Walsh contributed to the capture of some of the FBI’s most wanted criminals.

Other television shows he has hosted and produced are The John Walsh show, Street Smart Kids, and Extreme Home Makeover Show. He has also acted in films such as the 1988 production Americas Most Wanted: America Fights Back and Wrongfully Accused in 1988.

As a crusader against the kidnapping and murder of young children, Walsh has been feted by numerous organizations. In 1998 he was honored by the US Marshal’s department. Walsh became the department’s Man of The Year. In 1990 he was again recognized by the FBI. It bestowed on him its highest civilian medal. He has received the Special Recognition Award from the US Attorney General’s office. Walsh has been a guest of the state on four occasions. He has been hosted in the White House by three different US presidents.

In addition to the honors, Walsh has given the police help in several other investigative scenarios. He was hosted by the police to educate the American public on the attacks on New York and Washington D.C. Walsh again helped the police in the aftermath of the Oklahoma bomb attacks. He has since been involved in other police investigations.

Walsh is also a publisher. He has written and published some criminally related book since the death of his son. In 1997 he published his first book, Tears of Rage: From Grieving Father to Crusader For Justice: the Untold story of Adam Walsh Case. The book was a bestseller owing to the excitement and publicity the case had generated for years. In 1998 he released his second book, No Mercy.

Walsh is married to Reve Walsh. They got married on July 10, 1971. The couple had four children. They are Adam, Meghan, Callahan, and Hayden. Adam has since died.

Walsh is of Irish descent and a practicing Roman Catholic. The family lives in their residence in the US capital Washington D.C.

The death of Adam happened as a tragedy to the family and turned into a blessing in disguise. By pursuing justice, Walsh managed to lobby for the enactment of several landmark legislations. The victims of kidnappings and their families are now much safer than before.