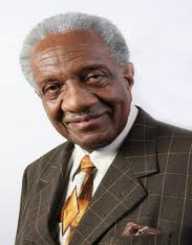 After graduation, Frederick D. Reese worked as a science teacher in Millers Ferry, Alabama, rising to be an assistant principal (1951-1960). He then moved back to his hometown of Selma where he had been employed at the R.B. Hudson High School as a science and mathematics teacher.

When he returned home to Selma, Frederick D. Reese joined the Dallas County Voters League. In the early 1960s, only 300 African-American citizens were registered to vote in Dallas County, and Reese formed and led a group of activists known as the Courageous Eight. They aimed to encourage and agitate for African-American voting rights; even though a court injunction tried to stop marches and mass meetings in Alabama. Reese was president of the Dallas County Voter’s League (1964-1965).

Around that time he sent a letter to Martin Luther King and the Southern Christian Leadership Conference inviting them to visit Selma and participate in the voting rights movement. King and the Southern Christian Leadership Conference took up the invitation and on the 2 January 1965, attended a mass meeting. On the 18 January 1965, hundreds of people marched to the courthouse to register to vote. They marched, and the arrest of dozens of marches made the international and national news.

Frederick D. Reese went on to become a city councillor in Selma City for several terms. He unsuccessfully ran for mayor in 1984. He remained politically active throughout his life, calling out discrimination and unfairness where he saw it.

Frederick D. Reese is remembered as one of the quiet achievers in the Civil Rights Movement. There is a school in Indiana named in his honour the F.D. Reese Christian Academy. Three miles of Route 80, where Reese marched to Montgomery was named the Frederick D. Reese Parkway in 2000. The Frederick D. Reese Foundation which promotes education through various programmes, scholarships, and invites was set up in his name.