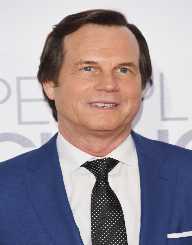 Bill Paxton was a remarkable film director and a tremendous actor. Before fame, he worked as a gofer and a film set designer. Few years down the line, Bill’s acting career called and that’s how he entered the Hollywood hall of fame.

A multitalented soul he was. His noble trait is seen in one of the American series called “Big Love.” In everything he did, excellence followed his physique. His actions spoke louder than words. Paxton was much loved for his loyalty, respect, and devotion to all.

Bill Paxton created a lively environment wherever he went. Sadly, the present character is no more; his mellow voice in different films and episodes will be memorable to all.

William Archibald Paxton was born on 17th, May 2017 in Texas, Fort Worth. His father, John Lane Paxton worked as a businessman. His mother, Mary Lou Gray took care of his family’s needs. Aside from being an ardent family man, John loved to watch a movie during his own free time. William Paxton wasn’t left behind when his father frequently visited local cinemas.

In 1973 Bill Paxton graduated at Arlington Heights High School. He later moved to England where he attended Richmond College. It was at that time where he showcased his natural talent in filmmaking.

With ample time on his hands, Paxton relocated in Los Angeles and later joined the acting industry. Gradually, he got a formal position in one of the Hollywood production. He then served as a set decorator under an American producer, Roger Corman.

Bill Paxton’s career began when he was seen in a film called “Crazy Mama.” At 21, he established his home in NYC. After joining the Central University, he majored in Acting but later dropped before graduating. His reason for letting go was that he was skilled enough to tackle thespianism without legal documentation. He believed in himself, and that was it.

Early in 1980s Bill appeared in a myriad of films. The first of his own was called Fish Heads followed by Lords of Discipline, The Terminator and The Aliens in 1986. His most incredible role was in 1985’s film called Weird Science.

In 1992 Paxton was seen as a leading thespian in a film titled One False Move. The role opened the doors for more Hollywood films. The following year, he played as Morgan Earp in a Tombstone film. After a year, he rose to stardom with movies like Titanic, True Lies, Apollo 13 and The Twister.

After working behind the scenes for two to three years, Bill made a comeback in 2001. His presence was felt in a high drama called The Traveler and Frailty. The 2011 series Big Love earned him countable of awards including the Golden Globe nominee.

In 2014 Bill Paxton starred as John Garret in an ABC series called the Agents of S.H.I.E.L.D. Early in 2017, he took a cop’s role in a sitcom drama titled Training Day.

From 1995 to 2011 Bill Paxton was a star in action, thriller and sitcom films. Apollo 13’s 1995 movie brought him to fame. He appeared concurrently in Big Love series till its finale. His character name as Bill Hendrickson paved the way for numerous awards.

Bill Paxton fame was acclaimed by several awards such as named as the Best Actor, Screen Actor Award and Texas Film Hall of Fame.

Bill Paxton married Kelly Rowan for a year, then Louise Newbury in 1987. The couple had a girl, Lydia, and boy, James. William Archibald’s career was cut short when he was pronounced dead on 25th Feb 2017. He suffered a severe stroke that abruptly ended his four-decade acting career.