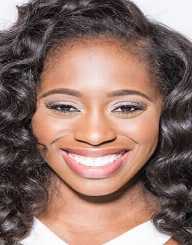 Mighty Neicy is a famous YouTuber and Vine personality. She followed the steps of his Desmond English best known as Mighty Duck and mother MightyMon who are all Vine personalities and fitted in very well.

She has gradually got and maintained several fans on Vine posting videos and rocking on the fame of the family trend name“Mighty.” She made her debut on Vine in videos of his brother MightyDuck before later creating her account.

Might Neicy was born on November 21, 2002, in Georgia, United States. She is the third child of her parents and sister to Ermani and Desmond English known as MightyDuck.

Before having her own Vine account, Mighty Neicy had featured in several videos of his brother MightyDuck. She later created her account and gained instant popularity.

Mighty Neicy posted about ten videos and had dozens of followers since then. Neicy had chalked a name for herself on Vine to the extent that, even during the times she posted no videos, she still had a lot of people trooping to her account on a daily basis with about 4000 followers each day. With an infectious smile and pretty good look, you can do nothing but to adore her.