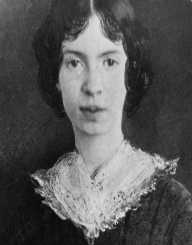 Emily Dickinson was one of the most prolific American poets of all time. She is known for her legendary poems like Success is Counted Sweetest and Because I could not Stop for Death among others. Her poems have found their ways into the syllabi of different universities as well as being one of the most read poems. She, however, chose to live all her life in solitude despite her excellent writing skills. Most of her works reflectserene and melancholic spirits.

Emily Dickinson wrote more than 1100 poetries in her youth and wrote over hundred letters that mirrored unblemished compositions. She is known to be so much gifted in the art of words weaving, but most of her works were published after her death. Her use of punctuation and uncustomary capitalization of letters, as well as brief lines, are known to be her style.

Born in Amherst, Massachusetts into the family of very literate and respectable personalities. Her father was the founder of the reputed Amherst College. She was born on 10 December 1830. She was born to a learned lawyer as well as a trustee of the Amherst College, Edward Dickinson. She was named after her mother, Emily Dickinson. She had two siblings – an elder brother and a younger sister. The family later moved to Pleasant Street to accommodate the political and legal career of her father. She received a classical education which is uncommon among the girls during that period.

She had schooled at a primary school in Amherst before she got enrolled into Amherst Academy. Being a brilliant and highly observant student, Emily Dickinson was one of the most successful and highly placed students. She developed and had an interest in Piano as well as gardening. She later schooled at Mount Holyoke Female Seminary. She had numerous friends including Sophia Holland. However, she was hit very bad when Sophia died. She was sent to Boston for her to recover from her trauma. Emily Dickinson started asking questions as regards to death and mortality. She wrote numerous poems about death. Many presumed that the death of her loved ones is one of the bases of her poems.


LIFE AS A LITERATE

She was introduced to the works of William Wordsworth by Benjamin Franklin who was at that time, his father’s students. She was gifted by him the collection of the works of Ralph Waldo which described to touch a secret spring. At age 20, she has read everything in the Holy Bible and the contemporary literature. She then began having a growing interest to write.

LIFE OF A POET AND ESSAYIST

Few years to come, Emily Dickinson based her writing on poems of different themes ranging from nature to flora. She also wrote some ballads with the use of master or sire which she symbolized to be her lover. Emily Dickinson wrote poems on death and mortality as well as gospel poems that are based on the biblical parables. She got distant from her friend who married her brother as a result of her marriage. A gulf was later created between the once two young and lively friends.

Emily took the role of a nurse by nursing her mother after she had a chronic illness. Emily Dickinson confined herself to the mansion boundary at that period and got herself consumed in writing and gardening. As at age 35, she had written over 1000 poems which she later sent to Samuel Bowles who published fifty of the poems anonymously in his journal. She kept writing but stopped collecting her poems. Emily Dickinson later met a respectable judge whom she falls in love with but could not date because of her age. She often sent her poems to her family and friends who appreciated her writing skills, but she never looked out for recognition.

After her youngest nephew’s death in 1883, her health became deteriorating, but she kept writing during the severe illness. Emily Dickinson eventually died on 15 May 1886 of a kidney disorder, Bright’s Disease. She was carried through a blooming field of buttercups to her family cemetery where she was laid as per her wish.  The mansion which she lived has now been preserved as a museum probably because of its contribution to her life.

Harvard University also preserved her herbarium as it contained 66 pages of unique plant species from her garden. Amherst Collge later bought William and Susan house and converted it to a museum which was renamed to Emily Dickinson Museum. Most of her works were published after her death. Emily Dickinson received acclaimed and respected posthumously for most of her works.