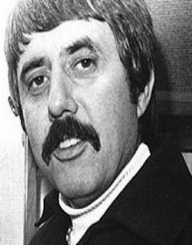 Barton Lee Hazlewood was an American pop and country singer, songwriter, and record producer. Born on July 9, 1929, he is known for his works with singer Nancy Sinatra and guitarist Duane Eddy. His innovative recording style and unique baritone voice gave a different touch and flavour to his music. His collaboration with Sinatra produced hits like These Boots Are Made for Walkin and Summer Wine. The two also have a duet Some Velvet Morning, 1967, which is one of his best vocal performances.

Hazlewood released several albums including Trouble is a Lonesome Town, The N.S.V.I.P.'s, Friday's Child, The Very Special World of Lee Hazlewood, Farmisht, Flatulence, Origami, ARF!!! & Me..., For Every Solution There's a Problem, Nancy & Lee 3 with Nancy Sinatra. His last album was Cake and Death.

Barton Lee Hazlewood was born on July 9, 1929, in Mannford, Oklahoma. Born to an oil man, his father relocated the family frequently due to his business. Hazlewood, therefore, spent his early years in Oklahoma, Louisiana, Kansas, Arkansas, and Port Neches, Texas, where the family settled. Growing up, he developed a keen interest in music, especially of the pop and bluegrass music. Hazlewood enrolled at the at the Southern Methodist University in Dallas, Texas to study medicine, but his studies were interrupted shortly due to his enlistment into the United States Army for the Korean War.

After the war, Lee Hazlewood's family moved to California and later to Coolidge, Arizona, where Hazlewood enrolled in a broadcasting school. He landed a job as a disc jockey in a local radio station while improving his songwriting skills. During this period, his music taste shifted more towards rock& roll. He later moved to Phoenix. Hazlewood’s first hit song “The Fool” recorded by artist Sanford Clark was released in 1956.

He adopted a distinctive recording style that made the song a hit and peaked in the top ten. Hazlewood collaborated with rock guitarist, Duane Eddy on several productions and co-writing works resulting in hit instrument records like (Dance With The) Guitar Man, Peter Gun, Rebel-‘Rouser, Boss Guitar, Shazam and Forty Miles of Bad Road.

Lee Hazlewood had tremendous success working with Nancy Sinatra. He wrote and produced Sinatra’s hits These Boots Are Made for Walkin, Summer Wine in 1966, and Some Velvet Morning in 1967. The songs reached No. 1 spot in the US and UK. Other works include Sugar Town, How Does That Grab Ya Darin, So Long, Babe, and Friday’s Child.

In 1966, Lee Hazlewood wrote the theme song "The Last of the Secret Agents," for the spy-spoof film of the same name and recorded by Sinatra. He followed it with a soundtrack for Frank Sinatra’s detective movie, Tony Rome, 1967, also recorded by Nancy Sinatra. Hazlewood also produced singles like Girl of the Month Club, Baby I See You When He Remember Me, and The Bottom of My Mind for Deana Martin, the daughter of Dean Martin. He had previously written the song Houston, 1965 for Dean.

Hazlewood formed the Lee Hazlewood Industries (LHI) Records in 1967 and worked with Gram Parsons and the International Submarine Band. Parson later left the band to join The Byrd, resulting in a legal battle between the two.

Moving to Stockholm, Sweden in the 1970s, Lee Hazlewood wrote and produced the television show, Cowboy in Sweden alongside director Torbjörn Axelman. He then briefly retired from music but bounced back in 1995 with a tour with Nancy Sinatra for her comeback album, One More Time. He contributed vocally to Bela B’s song "Lee Hazlewood und das erste Lied des Tages" for her debut album, Bingo in 2006. His works include Nancy & Lee 3 with Nancy Sinatra, The Very Special World of Lee Hazlewood and Trouble is a Lonesome Town. His last album Cake or Death was released that same year.

Lee Hazlewood married three times first to Naomi Shackleford from 1953 to 1961. He then married Tract Stewart in 1983, but it also ended in divorce in 1992. His last marriage was to Jeane Kelley in 2006 until his death in 2007. He had two children, a son Mark and daughters Debbie and Samantha. Hazlewood was diagnosed with renal cancer in 2005. He died of it on August 4, 2007, in Henderson, Nevada.