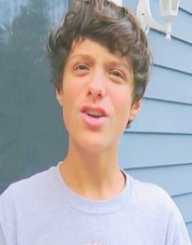 Life is too short, and in the blink of the eye, many lives perish under different circumstances. It is said that death is unavoidable, but it becomes more painful when promising children are taken away. The world lost one promising chap in Caleb Logan to an untimely death. Born on July 13, 2002, Caleb was a member of the YouTube family channel, Bratayley. During his short stay on earth, he was able to use his talent to wow several fans and gained popularity.

Bratayley is one of the famous family channels on YouTube, which featured three children who shared daily life activities through the platform. Caleb died some few hours after his last video was uploaded on the channel on October 1, 2015, and that came as a big blow to the family. His death was termed as natural by the family was caused by a hereditary syndrome. Not only the family suffered the shock of his death, but also many fans expressed their pains to his loss and shared their condolences. May his soul Rest In Peace.

Caleb LeBlanc was born on July 13, 2002, in Georgia to Billy and Katie LeBlanc. He had two siblings, Juliana Grace and Harley Noelle. Logan was homeschooled alongside his sister Juliana Grace. As a kid, he had an interest in baseball and video games.

Caleb Logan thrived on social media through his family channel, Bratayleys, which was initially created for Harley. The channel then became a vlogging site for all the three kids of the family. Bratayley broadcast the daily activities of the children, including trampolining, baking and playing baseball. The daily activities had titles like, Just Hangin’ Around The House’, and ‘Sick In Plane, which became catchy. Caleb became a star on the channel and gained lots of fans and admirers. The Bratayleys channel currently has over 4.2 million subscribers.

Aside from being part of the family’s channel, Caleb Logan also had his channel Blazenoulaws and the FlimsyArrow where he uploaded his Minecraft games and had over 171,000 subscribers. He also had a Monday slot on the channel truthplusdare also run by the family. Caleb’s social media life became intense as he created another channel OMMyGoshTV, on which he collaborated with his sister.

His last video titled Dear future Self, was uploaded after his death. In the video, Caleb Logan was seen answering questions from his fans and was full of life that day not knowing death was just at his door. He ended the video saying, “See You Guys Tomorrow” but that tomorrow was not to be for him. The young promising chap just withered like a flower and all his future plans and aspirations ended.

Caleb Logan died of Hypertrophic Cardiomyopathy on October 1, 2005, at 19:08 hours. The disease is said to have caused fat surrounding his heart to overgrow but was not detected in time, hence his premature death. The family announced his death to the world on October 3, 2015, after sharing his last video titled, Dear future Self. His family and fans wore purple and wrote his name on their write on 1st October the day of his death and 13th July, his birth date. The family received a Hero Bear after some of his organs were donated. The funeral was streamed live on the family channel.