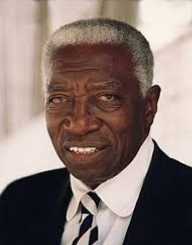 Joe Williams was a jazz and blues singer. This Grammy Hall of Famer performed for over 50 years.

Joe Williams was born on December 12, 1918, in Cordele, Georgia. His name at birth was Joseph Goreed. His mother Anne was an organist at the Methodist church. He grew up listening to many of the jazz greats that influenced him such as Duke Ellington. When he was three years old, he moved to Chicago with his mother and grandmother.

He organized the Jubilee Temple Boys of the Colored Methodist Episcopal Church when he was 14. The group sang in churches in their area.

As Joe Williams got older, his voice became more baritone. He used his musical gift as he sang in bands performing in Chicago's South Side. Eventually, he performed with a CBS radio show.

Some of his collaborations included Jimmy Noone, Coleman Hawkins, and Lionel Hampton. From 1946 to 1947, he toured with Andy Kirk, a famous bandleader during the swing era.

Joe Williams is associated with other great jazz and blues musicians of his time. He joined the Count Basie Orchestra in 1954. His vocals on “Everyday I Have the Blues” made him famous and brought back life into the fading music group competing with rock music.

Williams stayed with Count Basie until he went solo in 1961. From there he toured with other musicians and even returned to the Basie Orchestra.

There were times that Williams took on acting roles. He appeared along with Count Basie in two films including the 1960 movie Cinderfella. He also had a recurring role as Grandpa All Hanks on The Cosby Show.

Joe Williams continued performing throughout his life. He appeared ten times for the Playboy Jazz Festival both in Chicago and at the Hollywood Bowl. He would even work with other notable singers throughout the years including Tony Bennett.

Joe Williams will be known for his song “Everyday I Have the Blues.” It is part of the National Academy of Recording Arts & Sciences Hall of Fame. He was known as a gentleman who enjoyed performing even though he did not have as much success as others.

Joe Williams married his first wife Lemma. The couple divorced in 1958. He later married Jillean Hughes Dath. Williams died on March 29, 1999, in Las Vegas, Nevada at the age of 80. He was hospitalized days before his death because of breathing problems. His respiratory difficulty ultimately led to his death.

Joe Williams earned his highest recognition as the vocals on the song “Every Day I Have the Blues” with the Count Basie Orchestra. He also won a Grammy Award for Best Jazz Vocal Performance for Nothin' but the Blues in 1984.

Overall he earned seven other Grammy nominations between 1979 and 1999. Williams was added posthumously to the Jazz Hall of Fame of the American Society of Composers, Authors and Publishers in 2001.